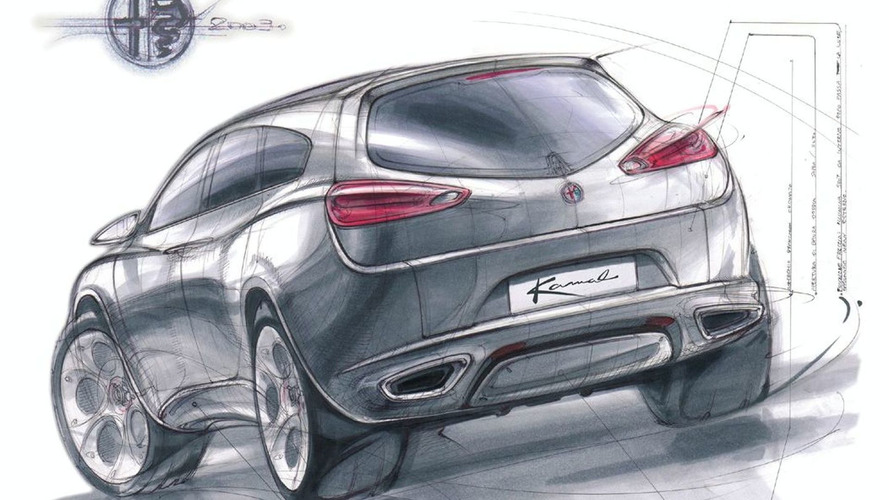 According to a recent report, Alfa Romeo will launch a crossover in 2016, followed by a larger SUV.

According to a recent report, Alfa Romeo will launch a crossover in 2016.

It was 2003 when Alfa Romeo introduced the Kamal concept at the Geneva Motor Show and now it seems a crossover is nearing production as Auto Express says it will hit dealerships sometime in 2016. Likely to be called the Giulietta Cross, it will have just about the same size as the BMW X3 and will be powered by newly developed four- and six-cylinder engines. The most potent gasoline motor is expected to deliver as much as 500 bhp (373 kW) and there will also be a hot diesel model offering 350 bhp (261 kW). According to a previous report, these high-powered Alfas could get engines developed by Ferrari.

Following the crossover's introduction, Alfa Romeo will also launch a larger SUV and both these new models will reportedly get both rear- and all-wheel drive setups as well as an ideal 50:50 weight distribution. Before these two, a 3-Series rival called Giulia will likely be out towards the end of 2015 and will be followed by a bigger model to go up against the 5-Series.

Hopefully these rumors will materialize and that Fiat has an ambitious plan for Lancia as well.