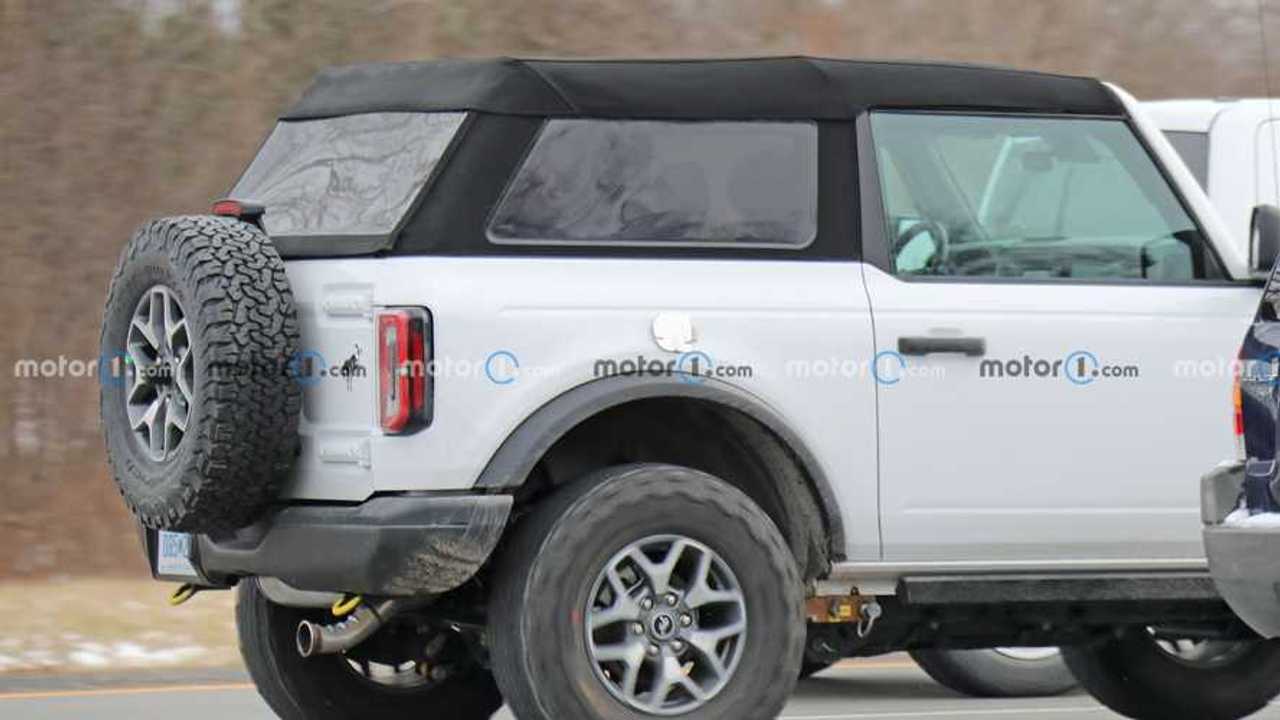 It keeps the Bronco from looking too boxy.

The delayed introduction of the 2021 Ford Bronco means seeing pre-production examples on the road is still exciting. This one is particularly thrilling to check out because it's the two-door model with the soft top, which is not a specification visible in other spy shots.

Looking at the roof's construction, it appears to consist of several panels that attach together. The top piece wraps over the portions on the sides, and there appears to be a support spar at the B-pillar. The rear area is angled to follow the shape of the bar there, which keeps the exterior from appearing too boxy. The seam at the back hints that you might be able to take off the clear portion for more airflow.

The badge on the front fender identifies this Bronco as the range-topping Badlands trim. It doesn't have the Sasquatch Package. For some reason, the development team spray painted the tow hooks bright yellow.

This Bronco also has a weird exhaust tip that extends farther than the pipes we generally see on the new SUV. The piece could be one of the over 150 accessories that Ford is offering.

Sneak Peek: Ford's Wide Range Of Accessories For The 2021 Bronco

If the look of this soft top doesn't fit your style, then don't worry because there are plenty of other options coming to the Bronco. There will be retractable roofs that can open but keep the vertical side sections in place for greater security. Bimini tops with mesh panels will protect occupants from the sun. It'll also be possible to have a hard top over the second row and cargo area but with a movable panel over the folks in front.

Ford will also offer lots of stuff to attach to the roof. The items will include lots of carriers for various sporting goods, like bicycles and skis. There will be cargo boxes and baskets for hauling other items. Plus, there will even be several roof-top tents among the accessories.