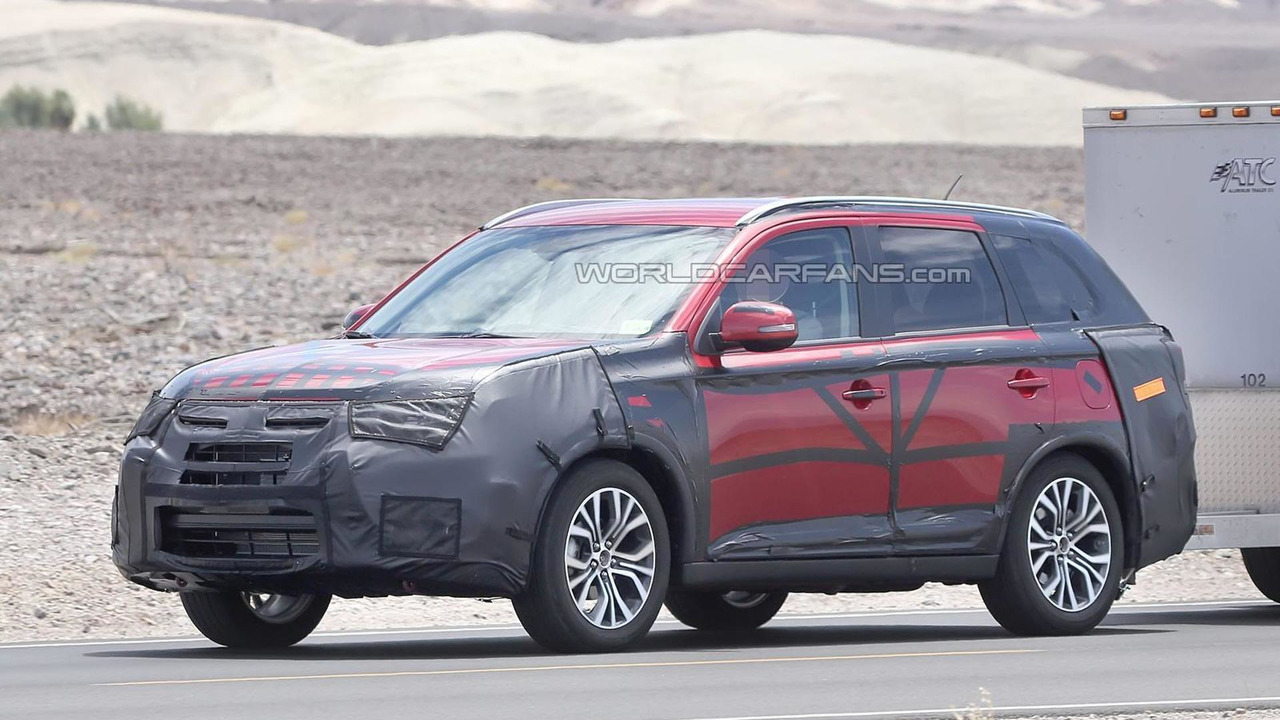 The Mitsubishi Outlander facelift has been spied for the first time ahead of a reveal programmed for later this year.

The 2016 Mitsubishi Outlander facelift has been spied for the first time ahead of a reveal programmed for later this year.

The current-gen Outlander was introduced in March 2012 at the Geneva Motor Show and earlier this year Mitsubishi Motors North America Executive Vice President Don Swearingen announced a facelift is in the works and will be out later this year. This is the car he was referring to as a camouflaged Outlander facelift was spotted by our spies while hot weather testing in United States.

Judging by the heavy amount of camouflage, we are tempted to say it will be a comprehensive refresh and already you will notice the redesigned taillights featuring different graphics. Moreover, the shape of the rear quarter glass appears to be altered while the disguise on both fascias is probably hiding significant tweaks.

The facelifted Outlander could be shown early October at the Paris Motor Show or in November in Los Angeles.