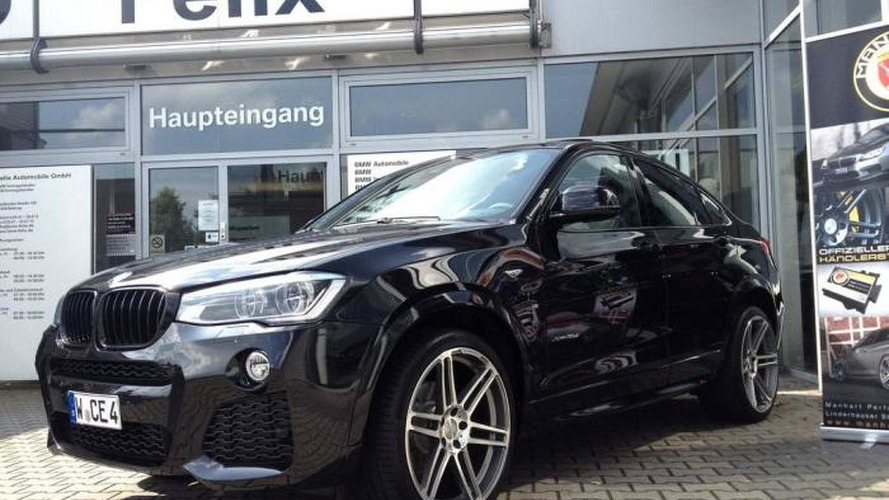 Manhart Performance has developed a performance upgrade kit for the BMW X4 xDrive35d.

The project is still in progress and the tuning company has released only a couple of pictures in its Facebook page.

The standard X4 does the 0-100 km/h (0-62 mph) sprint in 5.2 seconds, so you can expect a 0-100 km/h acceleration in less than five seconds for the tuned version, but there is still no official information about that.

Manhart also offers a sport lowered suspension and a set of Concave One 21-inch wheels in silver or black for the X4.