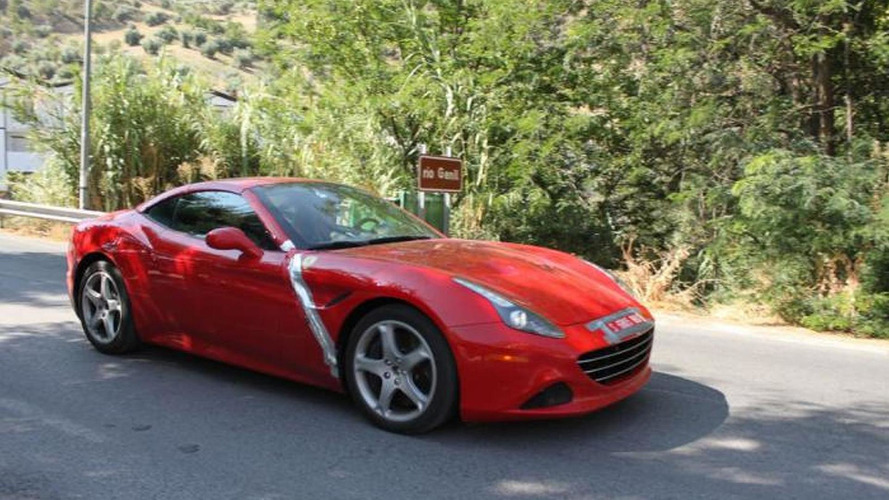 At a first glance this appears to be a U.S.-spec Ferrari California T judging by the additional mandatory lighting but upon closer inspection we notice some duct tape hiding a few wires coming out of the hood near the right A-pillar. It's unusual to see an American specification vehicle testing in Spain but chances are underneath the familiar skin is something else.

This could turn out to be an early mule for Ferrari's rumored entry-level model scheduled to come out before the end of the decade. It is believed such a model will be powered by a newly developed V6 2.9-liter twin-turbo engine outputting somewhere in the region of 500 bhp (373 kW) and 596 Nm (440 lb-ft) of torque. It will reportedly come with a manual gearbox and should carry a starting price of 175,000 EUR.

If it isn't that, maybe Ferrari is testing their new twin-turbo V8 engine set to make an appearance in next year's M458-T Italia where it will deliver an estimated 670 bhp (499 kW). Ferrari has already announced plans to embrace turbocharging with the California T and other models will feature turbo in the years to come as a method to reduce Ferrari's CO2 footprint and also slash fuel consumption. Only their V12 will remain naturally-aspirated while hybrid systems are also in the works.

Special thanks go to Óscar Miguel from DiarioMotor for sending us the tip!