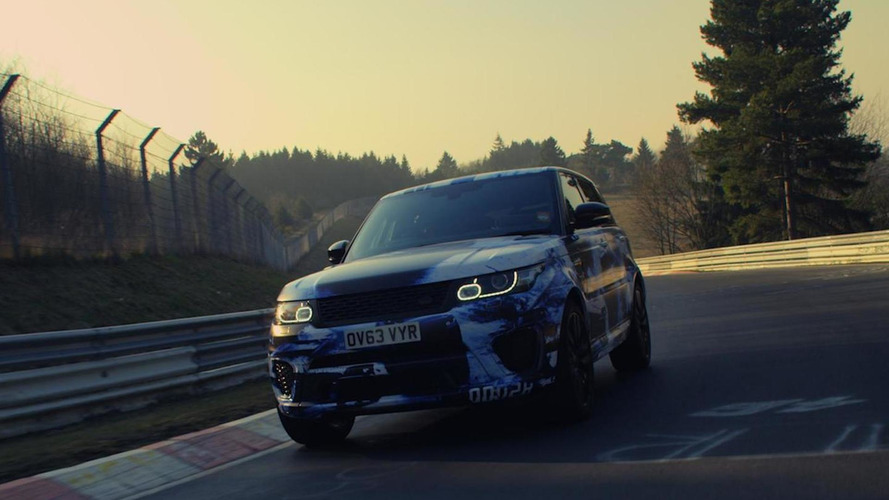 Land Rover has announced the 2015 Range Rover Sport SVR is now the fastest SUV to lap the Nürburgring Nordschleife.

Land Rover has announced the 2015 Range Rover Sport SVR is now the fastest SUV to lap the Nürburgring Nordschleife.

Scheduled to go on sale in 2015, the Range Rover Sport SVR will be Land Rover's most powerful production model ever with 550 PS (405 kW) produced by a supercharged 5.0-liter V8 engine. A prototype has managed to do a lap of the Nürburgring in 8 minutes and 14 seconds which makes it the fastest SUV in the world around the 'Ring. The record-breaking attempt was established with a production-spec Range Rover Sport SVR driven by one of the company's test drivers.

It's the first product developed by Jaguar Land Rover's newly established Special Operations division and will boast a more aggressive body including a rear diffuser, larger air intakes and a mesh grille. Other features worth mentioning would have to be the quad exhaust setup as well as a high-performance braking system and larger alloy wheels.

Performance figures have not been released but the Range Rover Sport SVR is expected to run the 0-62 mph (0-100 km/h) in less than five seconds, not bad at all taking into account the Supercharged V8 version tips the scales from 5,093 lbs (2.3 tons).