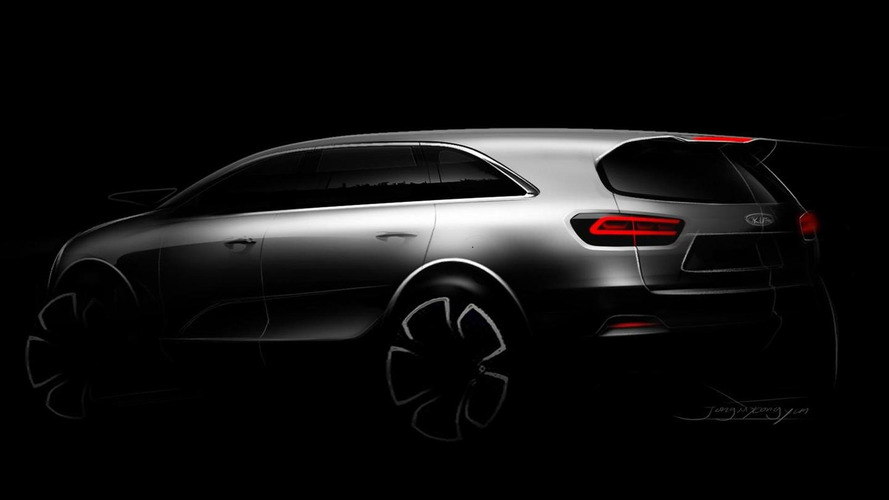 Kia has released two teaser images and a video for the third generation Sorento set to be unveiled at the end of August in South Korea.

Kia has released two teaser images and a video for the third generation Sorento set to be unveiled at the end of August in South Korea.

Like you would expect from teasers sketches, these two depict a more dramatic styling with a significantly lowered roofline and oversized wheels. Up front is a bigger, more upright "tiger nose" grille while the side profile shows muscular wheel arches and a prominent roof-mounted spoiler at the back. The SUV's styling takes cues from the Cadenza and K900 and was elaborated simultaneously at Kia's design studios in South Korea, Germany and United States.

From spy shots we found out the 2015 Sorento is bound to grow in size so we should expect an elongated wheelbase to enable a more spacious cabin that will provide additional legroom for second- and third-row passengers. Engines are expected to be carried over but there are talks of a hybrid version with a 2.3-liter 4-cylinder gasoline engine teamed up with an electric motor and a 47 kWh lithium-polymer battery.

The all-new Kia Sorento will be revealed at home in South Korea towards the end of next month and will also be showcased starting October 2 at the Paris Motor Show, with sales to commence either by the end of the year or early 2015.