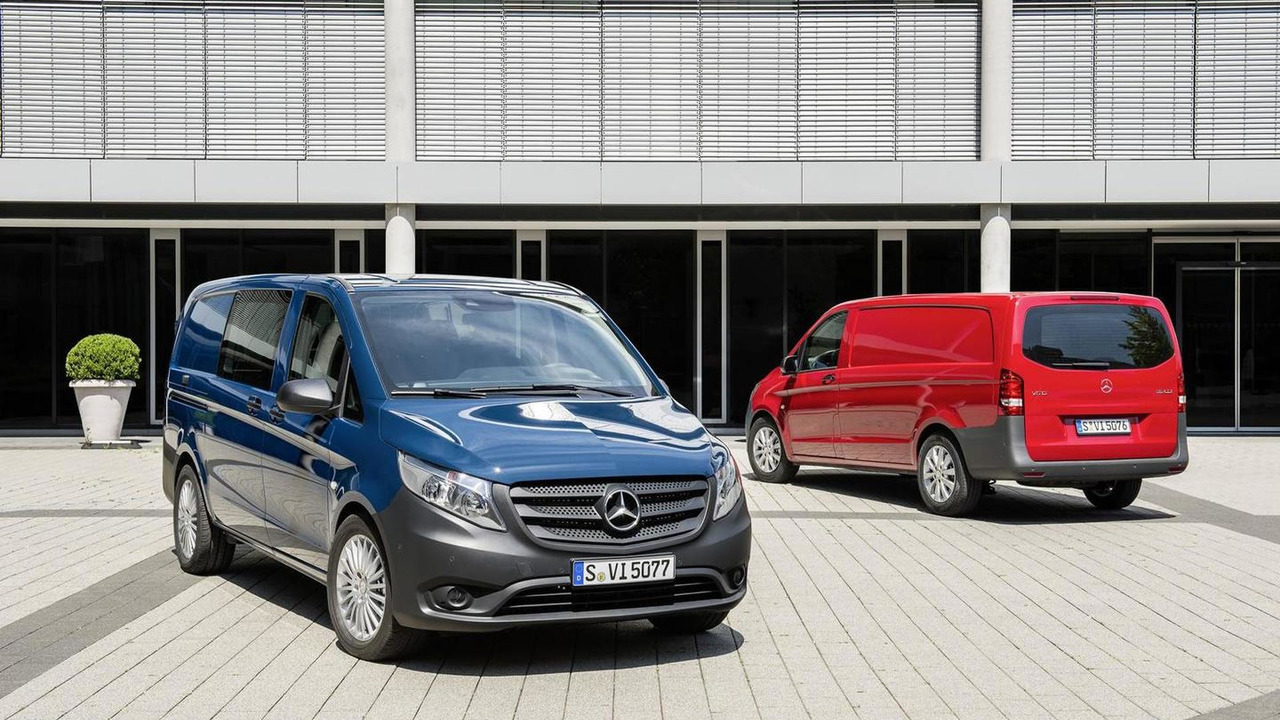 The 2014 Vito looks as expected like a more utilitarian version of the V-Class and will be available in a wide variety of configurations. The mid-size van offers a best-in-class 1,369 kg of cargo capacity and can be had not only with the usual rear-wheel drive layout but also with a front-wheel drive system. It will be available in three different lengths (4895mm, 5140mm, 5730mm) which makes it 140mm longer than its predecessor. Two wheelbases are available while the maximum height stands at 1910mm.

The revamped Vito family comprises the panel van, Vito Crew and Vito Tourer. The latter is destined to passenger transport and can be had in PRO and SELECT derivatives. As for the panel van and Crew, these are tailored to high loads but a comfort suspension (standard on Vito Tourer) can be optionally had on the Vito Crew and comes with less taut springs and more sensitive shock absorber control. All models get all-round disc brakes, adaptive ESP and depending on the version up to eight airbags (including windowbags and throax/pelvis sidebags).