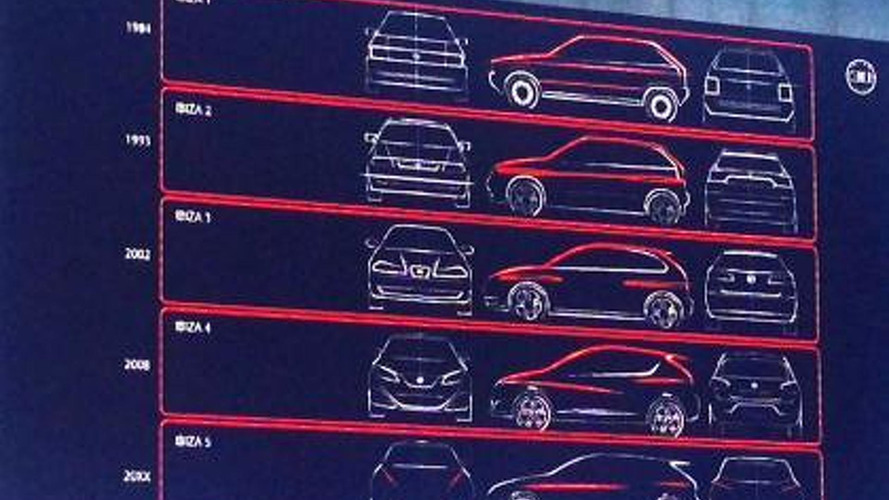 Seat has revealed a teaser sketch depicting the fifth generation Ibiza programmed to go on sale in 2016.

Seat has revealed a teaser sketch depicting the fifth generation Ibiza programmed to go on sale in 2016.

Seat's most popular model ever with 5M+ units sold so far has reached its 30th anniversary and the Spanish marque organized recently an event to celebrate the milestone in which they provided a sneak preview of the fifth generation. Set to arrive in 2016, the all-new Ibiza will look considerably sharper than today’s model as it will adopt a more angular design together with an “X” motif at the front and rear by using the light clusters and the bumper vents.

The 2016 Ibiza will ride on a shortened version of the MQB platform which will also underpin the next-gen Audi A1 and Volkswagen Polo. As a consequence, expect a significant diet and a variety of economical three- and four-cylinder gasoline and diesel engines together with safety equipment and infotainment systems trickled down from upper models.

Before the all-new Ibiza, Seat will introduce its first ever crossover planned to go on sale in 2016 so most likely the fifth-gen supermini will hit the market late that year or early 2017.