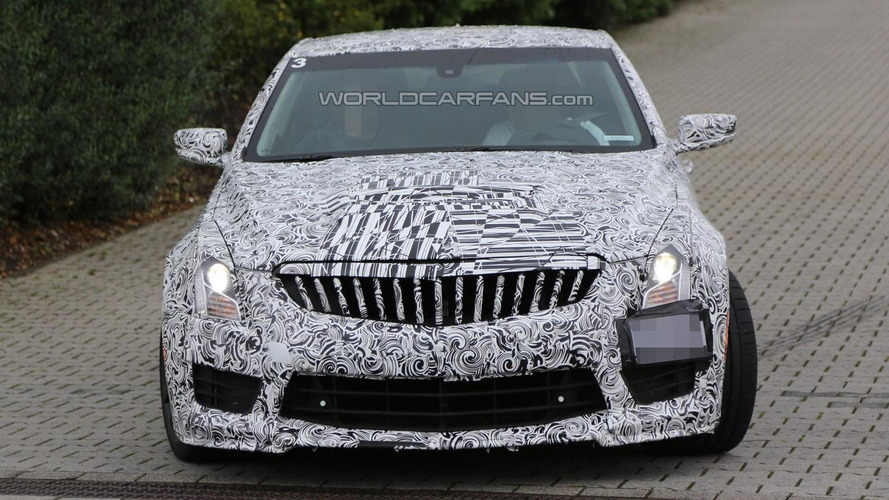 The 2016 Cadillac ATS-V Coupe has returned in a fresh batch of up-close spy shots.

The 2016 Cadillac ATS-V Coupe has returned in a fresh batch of up-close spy shots.

Cadillac is putting the finishing touches on the ATS-V Coupe and Sedan as numerous prototypes have been spied testing at home in United States but also in Germany around the Nürburgring. Seen here is the sleeker coupe variant still wearing an extensive amount of camouflage to hide the aggressive design which will incorporate a brand new menacing front grille as well as beefier bumpers and a large rear spoiler. Also on the menu are wider side skirts together with a four exhaust pipe setup, an uprated braking system and a stiffer sports suspension arrangement.

There's still no confirmation as far as the engine is concerned as both ATS-V models could feature either a 425 bhp twin-turbo V6 3.6-liter or a V6 3.2 with as much as 500 bhp (373 kW). Also rumored is a higher-end "Plus" model with a V8 engine packing in excess of 500 bhp. Regardless of the engine which will end up powering the ATS-V, it will likely work with a 7-speed manual gearbox and an optional 8-speed auto.

Both the Cadillac ATS-V Sedan and Coupe will be introduced sometime next year, possibly as 2016MY.