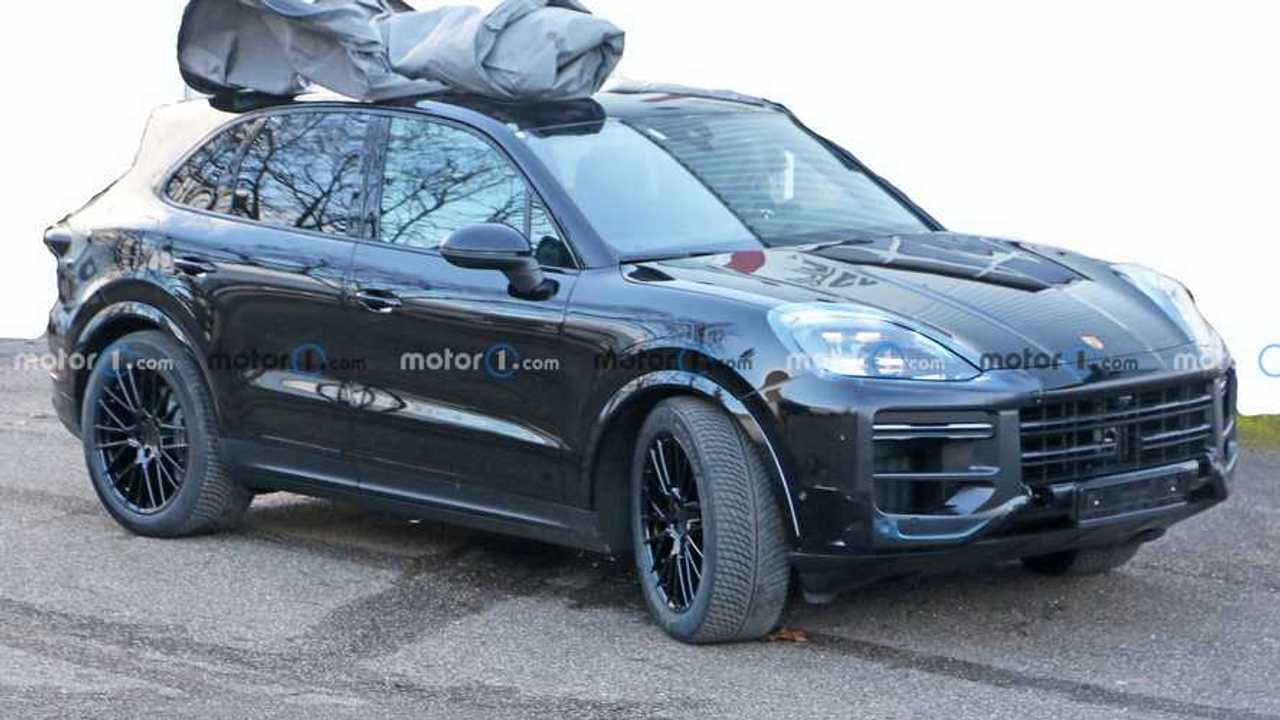 Not all is revealed, but we sure get a good look.

Changes are coming for the Porsche Cayenne. The stalwart SUV from Stuttgart will still be easily recognizable, but the current generation is due for a refresh and these new spy shots give us our first taste of what that will mean. Our spy team got lucky, catching this prototype uncovered in broad daylight though Porsche still uses some trickery to hide details. However, it's not enough to keep us from seeing the big picture.

As is often the case with a vehicle refresh, the exterior changes are relegated to the front and rear. Slimmer headlights are coming for the Cayenne, though Porsche uses some bright tape against the black finish to try and disguise the smaller lenses. New headlights mean new front fenders and a new hood, the latter of which looks more sculptured with sharper creases to body lines running rearward from the lights. And of course the front grille in the fascia is larger – that is certainly the trend with automakers these days and the design adds some aggression to the Cayenne's face.

From there we draw our attention rearward, where we see very obvious placeholder lamps for new taillights. It's impossible to suss out how the new taillights will look, but it does appear the bulk of the lights will now be on the rear quarter panels as opposed to the liftgate. In fact, the liftgate and lower fascia are completely different, with the number plate moving low and the gate looking much narrower.

Wicked Porsche 911 Prototype Spied Riding High Could Be The Safari

At this early stage, we've heard nothing regarding updates to the interior but it's not unreasonable to expect a slightly larger touchscreen. The center console and shift stalk will also likely get an update to match other models in the lineup. Similarly, information is still unknown on any powertrain changes. The current Cayenne lineup runs the gamut between merely fast and insanely fast, and there's no reason to expect that will change.

Lastly, we come to timeframes for a reveal and that's also something of a mystery at this point. Being this is our first sighting and the prototype is still wearing placeholder components, a debut late this year as either a 2022 or 2023 model is most likely.