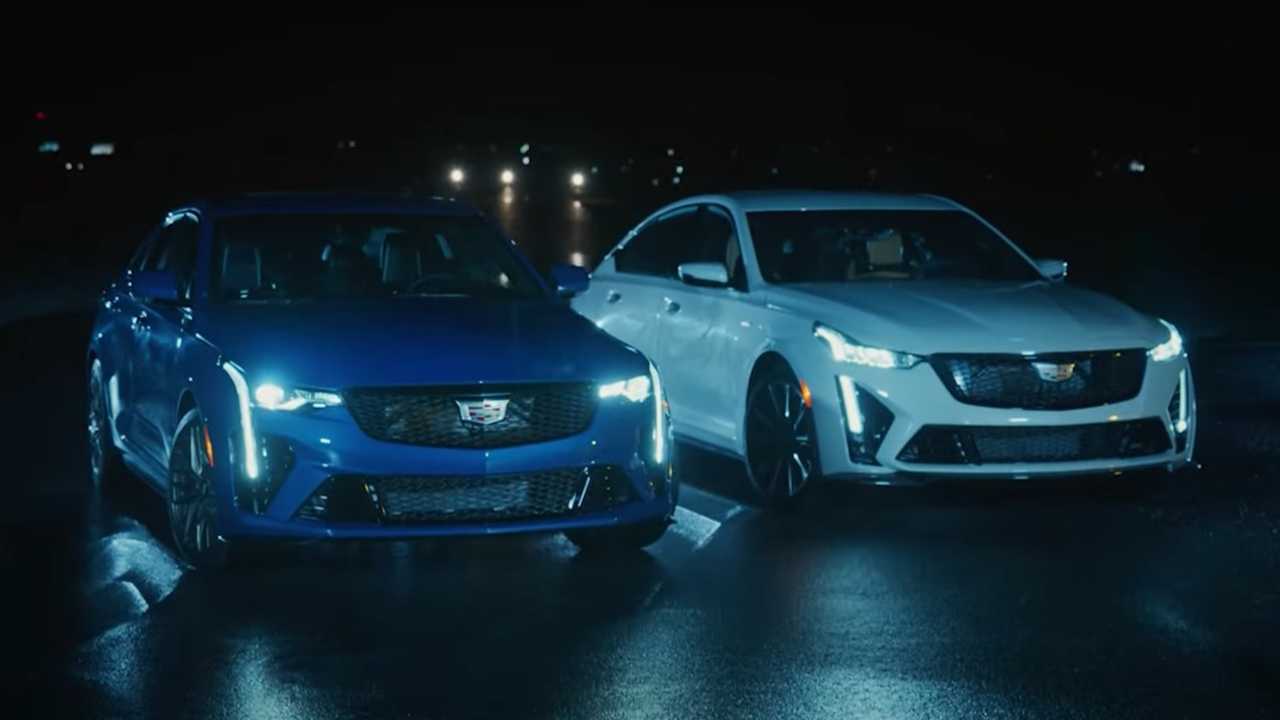 The livestream will start at 7 PM Eastern.

Update: The livestream is over but you can rewatch the debut below. You can also read our debut articles for the CT4-V Blackwing and CT5-V Blackwing right here:

It was late May in 2019 when Cadillac organized a double world premiere to unveil the CT4-V and CT5-V models to show its commitment towards performance sedans. Some were left disappointed upon reading the technical specifications, criticizing GM’s luxury brand for coming out with two “V” cars that didn’t live up to the status of their predecessors – ATS-V and CTS-V.

However, the CT4-V and CT5-V are Cadillac’s answers to the entry-level performance versions of Germany’s Big Three, namely cars like the Audi S4 / Mercedes-AMG C43 / BMW M340i and the bigger S6 / E53 / M550i. The full-fat “V” models debuting later today will be playing in the big leagues while offering something none of its competitors have – a manual gearbox.

Yes, Cadillac has vowed to offer a stick shift for both the CT4-V and CT5-V in the spicy Blackwing specification. Another clear separator is availability as the new dynamic duo will be sold in limited quantities whereas Audi, AMG, and BMW have their “lite” performance versions as permanent members of the lineup.

With the standard V models being significantly down on power compared to their predecessors, we’re certain Cadillac will address this issue with the new range-topping versions. For the smaller of the two Blacking models, we’re expecting well over the 325 horsepower you get in the CT4-V while the bigger sedan in Blackwing specification will have a healthy power boost over the 360 hp offered by the CT5-V.

Fitted with larger engines and offering an optional automatic transmission, the Blackwing duo should tick all the right boxes. In terms of pricing, prepare to pony up more than the $44,890 Cadillac wants for a CT4-V with rear-wheel drive (AWD model is $45,990). The bigger CT5-V kicks off at $47,790 for the RWD variant and from $50,390 if you choose the all-paw system. Note: All prices include a $1,000 cash allowance available at the moment of writing. The $995 destination charge is also included.

Following today’s reveal at 7 PM Eastern, the Blackwing models will go on sale in North America late this summer. A dedicated Reserve Yours page will be up and running at 7:30 PM on Cadillac.com, allowing early adopters to make a refundable deposit of $1,000 to claim one of the first 250 units of each performance sedan. This first batch of cars will come bundled with a two-day experience at Cadillac's V-Series Academy driving school at the Spring Mountain Motor Resort and Country Club in Pahrump, Nevada.