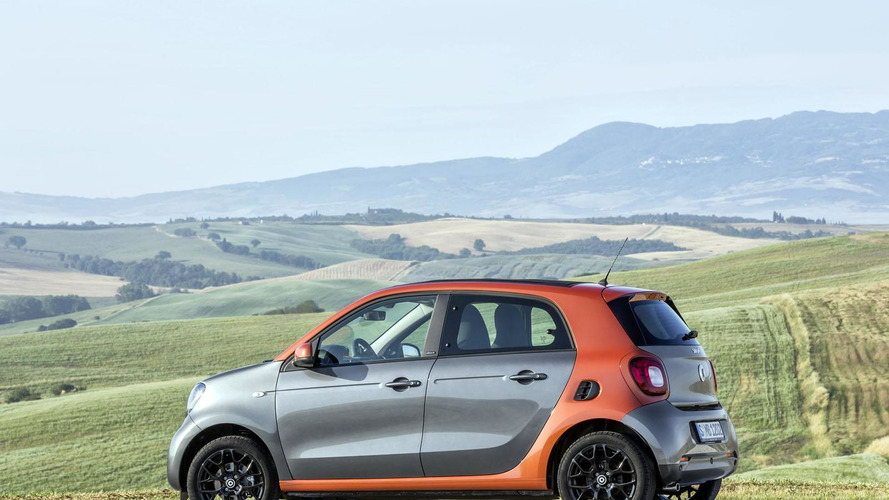 Smart has announced plans to add several derivatives of the new ForTwo in the years to come.

Smart has announced plans to add several derivatives of the new ForTwo in the years to come.

Last week we heard Smart CEO Annette Winkler saying there aren't any plans to resurrect the roadster but the lineup will indeed grow with additional versions such as a ForTwo Carbio, ForTwo EV, a Brabus ForTwo as well as a ForFour Cabrio which won't be a true cabriolet as it will have a retractable fabric roof like the Fiat 500C.

There are also talks about a stretched ForFour which would be destined primarily to United States and China. Chances are the longer ForFour will be sold with the "ForMore" moniker since the company recently registered this nameplate. It should be mentioned Smart doesn't plan on selling the standard ForFour in U.S.

Another possible candidate for the growing Smart lineup is a small crossover to compete with the Renault Captur and Nissan Juke but details are not available at this point. Even if these rumored additions to the Smart family will be green-lighted, don't expect them in the near future as the range will be initially expanded with the already confirmed cabrio, EV and Brabus versions.

On a related note, Daimler CEO Dieter Zetsche admitted that if it weren't for the agreement with Renault to share parts, the 2015 Smart ForTwo & ForFour would not have seen the light of day since the new Smart range wasn't really a feasible standalone business case.