The masking tape has fallen off.

Earlier this month, our spy photographers caught a fifth-generation Ford Explorer out testing with masking tape covering some big badges. However, it wasn’t difficult to discern that those were King Ranch badges hiding under there. Today, new spy shots confirm the badges were indeed for the King Ranch model as it appears the SUV has lost its masking tape.

The big badges, located on the lower portion of the front doors and the rear liftgate, are but one indication of the model’s upgraded goodies. The Explorer borrows an Explorer Limited grille, with wheels similar to those also offered on the limited model. At the rear, quad exhaust tips poke out from under the rear bumper, indicating that the SUV likely packs Ford’s twin-turbocharged 3.0-liter V6 that powers both the Platinum and ST trims. The mill could make either 365 or 400 horsepower (272 or 298 kilowatts).

Inside, the King Ranch title likely means that Ford will cram in a copious amount of leather and King Ranch branding alongside a laundry list of standard features. Ford’s King Ranch models tie into the actual King Ranch in Texas and the moniker often mean that the model receives several upgrades, including special trim, a unique level of standard equipment, and more. The new trim will further fill out the model’s lineup alongside a new Timberline trim that’s also in development. 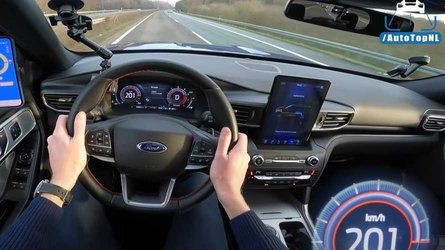 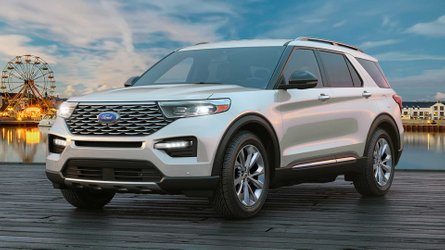 Ford Mustang And Explorer Have Serious Discounts This Month

Ford should reveal the model in the first quarter of this year, with the SUV possibly arriving at dealerships as late as this fall. However, Ford has not announced any information about when it’ll go on sale. While the King Ranch branding has a big hat cowboy hat to fill, the model will actually slot above the Limited, but below the ST and Platinum trims. An indicator of exactly where it’ll slot will be the engine’s output rating.