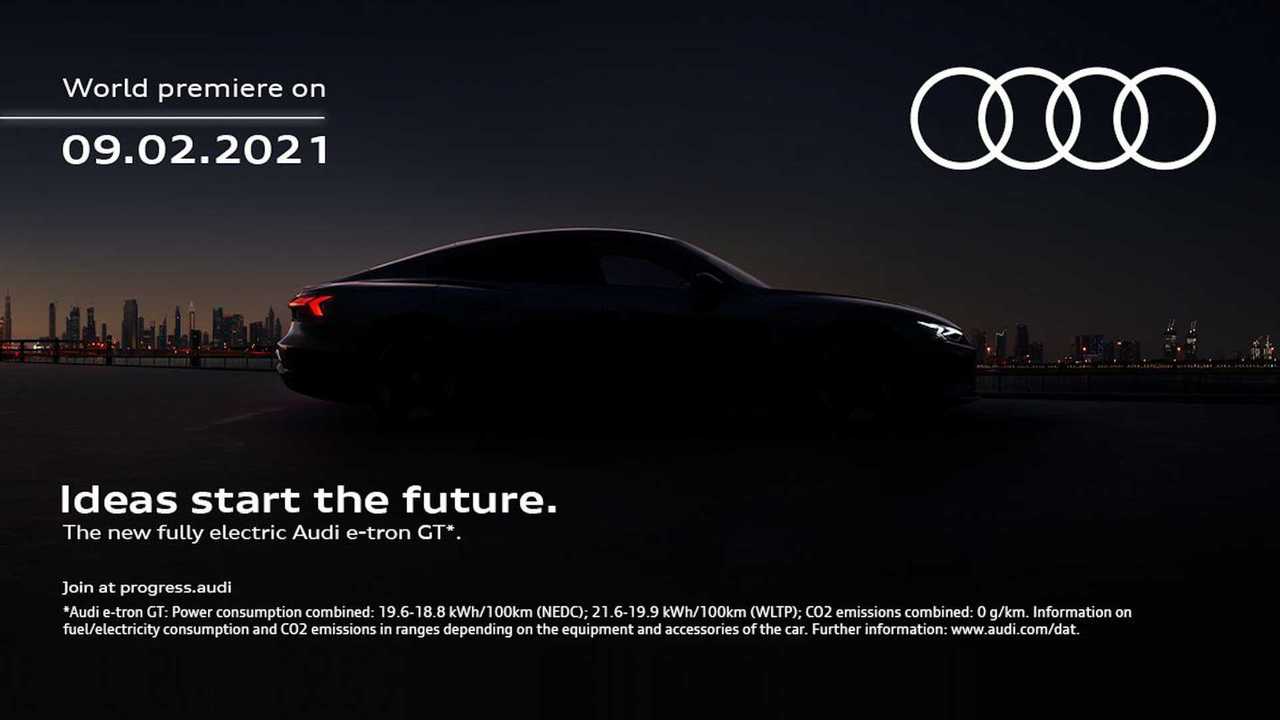 Production for the 2022 Audi E-Tron GT began production in December before the automaker officially revealed it. The company has continuously teased the model over the last few months, leaving little to the imagination. However, with the car’s world premiere right around the corner – February 9 – the automaker has released yet another teaser, though this one drapes the car in silhouette, obscuring the car’s finer design details that we’ve already seen several times.

The teaser looks like your typical Audi advert, with the four rings in the upper right corner, bold wording below, and the world premiere date. The car, sitting profile against a distant city skyline, shows off its fastback design, rear fender haunches, and long hood, the rest of the car covered in shadows. This follows a gallery of images the company released that showed the car wrapped in a wild livery and nothing else, revealing teasers dating back to October.

The E-Tron is a sibling to the Porsche Taycan all-electric sedan that debuted in 2019, and the Audi will ride on the same J1 platform as the Porsche. However, the Audi is expected to be the cheaper offering of the two. Speculation is still running rampant as to the E-Tron GT’s powertrain specifics, though the car is expected to offer up to 637 horsepower (470 kilowatts) with overboost and up to 612 pound-feet (830 Newton-meters) of torque. There’ll likely be less power version with various battery pack sizes that’ll help reduce the cost, much like the Porsche Taycan variants have done.

Tease Me, Tease Me:

With production already underway, deliveries of the new electric sedan should happen soon. Audi will officially reveal the car on Tuesday, February 9, while hopefully providing a full rundown of the car’s specs and performance. Deliveries aren’t expected to start in the US until the second half of 2021, though it could begin rolling out to European customers sooner. Check back on February 9 for the full report – and we’ll keep an eye out for more teasers, too.