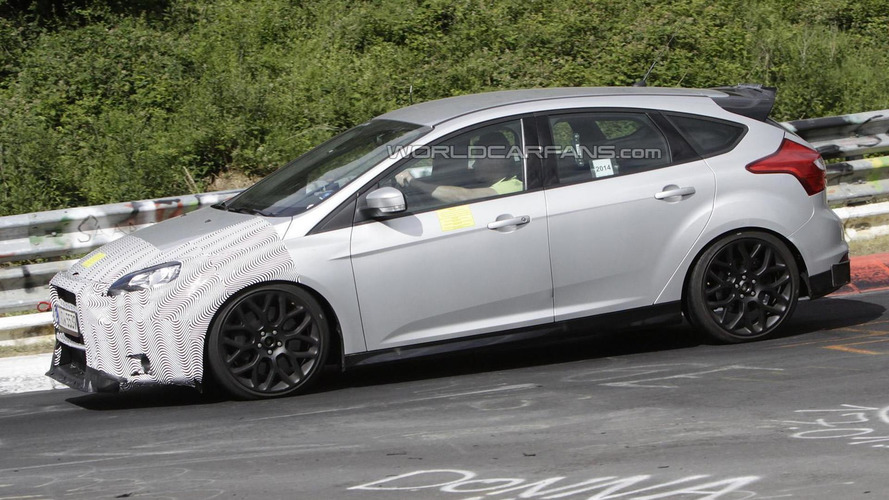 A new report sheds some light regarding the upcoming Ford Focus RS set to be released sometime in 2016.

A new report sheds some light regarding the upcoming Ford Focus RS set to be released sometime in 2016.

Launching almost at the end of the third-gen Focus' lifespan, the range-topping RS is bound to stick with a front-wheel drive layout, despite receiving a more powerful engine. Sourced from the new Ford Mustang, the 2.3-liter EcoBoost engine is said to deliver 330 PS (243 kW) which will make it 30 PS (22 kW) more powerful than the 5-cylinder, 2.5-liter turbo in the former Focus RS. Torque figure should also increase significantly from the previous 410 Nm (302 lb-ft). As a short reminder, in the previous generation Focus there also was a limited-run RS500 with 350 PS (257 kW) and 460 Nm (339 lb-ft) which reached sold out status in 12 hours.

Ford's special RevoKnuckle (an adaptation of the MacPherson strut) front suspension will make a comeback in the 2016 Focus RS which will be offered with a six-speed manual gearbox. To cope with all that power sent to the front axle, Ford's engineers will install a mechanical limited slip differential while the chassis will be lowered and the suspension will be further tuned for sportiness.