Half a wheel might not be good enough for the NHTSA.

It's been an interesting 24 hours for Tesla. The EV manufacturer announced updates coming to the Model S, which includes the new Plaid trim that gets over 1,000 horsepower, hits 60 mph in under two seconds, and in Plaid + trim has over 500 miles of range. As impressive as all that is, it's the wonky half-wheel for the driver that's arguably garnering the most attention.

It certainly grabbed our eye, not to mention the eye of just about everyone who caught the new Tesla announcement. Our debut article was filled with reader comments ranging from the steering ratio necessary to accommodate that design, to whether or not it's even legal for a production car. 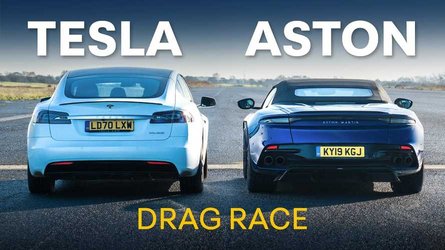 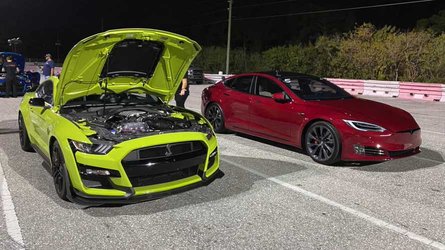 Until we get a chance to slip behind the wheel (or yoke) ourselves, there's not much we can say about ratios. However, Motor1.com did contact the National Highway Traffic Safety Administration about the not-a-wheel wheel. An NHTSA spokesperson offered this short but interesting reply.

"At this time, NHTSA cannot determine if the steering wheel meets Federal Motor Vehicle Safety Standards. We will be reaching out to the automaker for more information."

Logic suggests an automaker would be diligent in ensuring radical new designs meet various federal requirements. As such, it's possible Tesla designers did review such things and the NHTSA might simply have a mixup in its lines of communication. However, Tesla is also the company that has gullwing doors on an SUV that can flap in celebration mode. Tesla is the company that asks drivers if they want their mommy before engaging Ludicrous mode. Tesla is also the company that debuted the bonkers Cybertruck, which also raised questions about the legality of designs. In short, we doubt the NHTSA is mixed up.