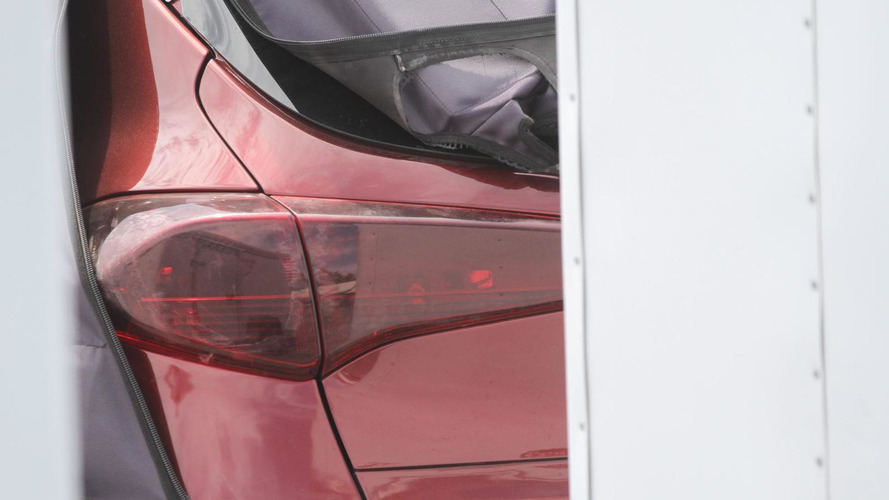 The next generation Hyundai ix35 / Tucson has been spied once again while testing in United States.

The next generation Hyundai ix35 / Tucson has been spied once again while testing in United States.

These are the best spy shots yet of Hyundai's next ix35 / Tucson which is set to grow in size now that they have the ix25. Our spies managed to grab a few shots of the partially undisguised rear end of a red prototype, thus showing the taillight design as well as the tailgate and bumper. The front grille will be an adaptation of Hyundai's Sonata and Genesis while the sweptback headlights appear to benefit from LED technology.

We are not expecting any significant changes in the engine lineup which will likely be borrowed from the outgoing version but probably with a few updates to increase fuel economy and cut CO2 emissions. As a consequence, the 2015 Hyundai ix35 / Tucson will continue depending on the market with 2.0 and 2.4 GDi in United States and with 1.6 GDi, 1.7 CRDi and 2.0 CRDi in Europe. Front-wheel drive will be standard but customers will be able to pay more for an all-wheel drive system. Joining the range later on could be another Fuel Cell variant but details are not available at this point.

Look for an official launch early next year, with sales to commence by mid-2015.