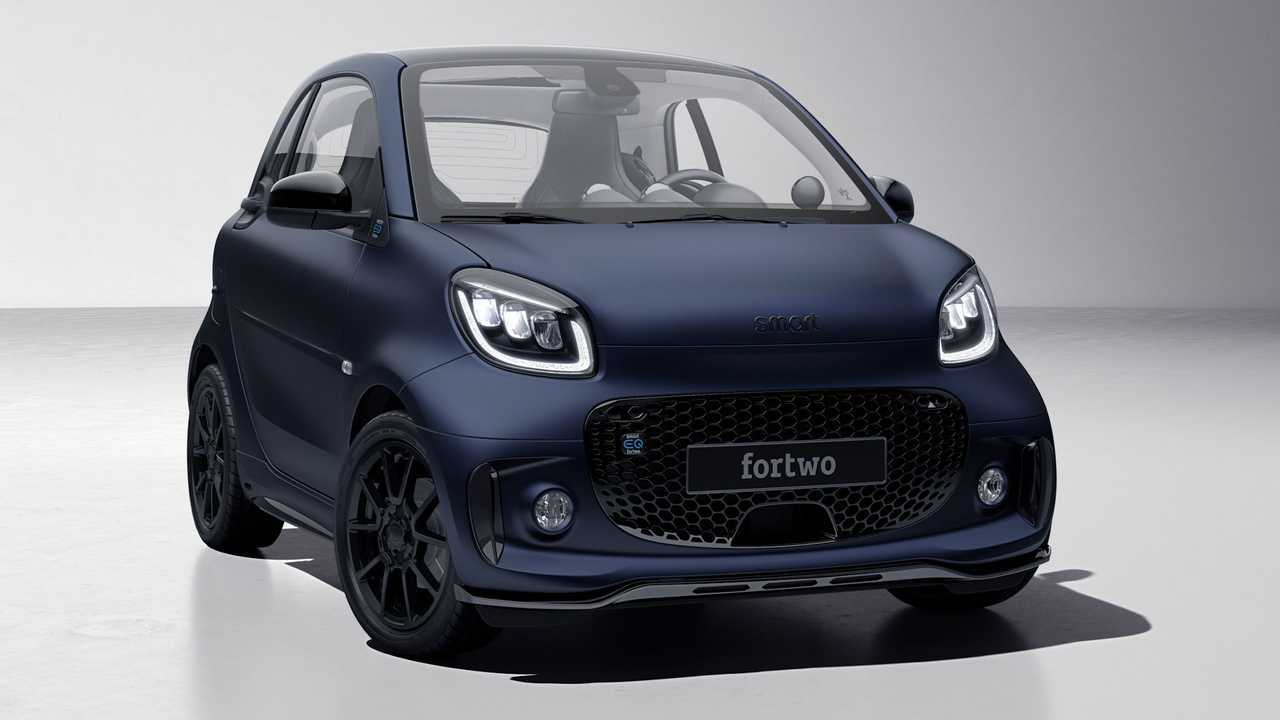 It gets upgrades from Brabus, too.

Smart had enough sense to leave the US market at the end of the 2019 model year. However, the spunky runabout brand is far from its final act. Under the Daimler umbrella, the automaker has announced it's offering a new Smart ForTwo EQ variant – the Edition Bluedawn. It's been available to order since November, though the brand is announcing today that the special edition model will begin arriving at dealerships beginning in April.

The special edition model gets a handful of special upgrades. The most obvious is the matte velvet blue paint that covers the exterior. It's a bold upgrade, though one of the package's most extensive that it offers. However, the coupe gets a couple of other tweaks. The car sports Brabus side skirts and 16-inch monoblock alloy wheels, while high-gloss black touches the air inlet grille trim, front spoiler, and accent trim. The color is also used on the exterior mirror housings, the front and rear Smart lettering, and the rear diffuser insert.

Inside, a few small touches include the Brabus-branded shift lever and the Brabus floor mats that feature "Edition Bluedawn" embroidered on them. Smart doesn't specify any other changes, and photos of the interior have it looking like your standard Smart EQ ForTwo model. There are no changes to the car's powertrain, which means this rear-wheel-drive runabout packs an electric motor producing 80 horsepower (59 kilowatts) and 118 pound-feet (159 Newton-meters) of torque that offers up to 58 miles of all-electric range.

Remember Smart? It's Switching From Cute City Cars To SUVs
⠀

Smart says there've been "numerous" orders placed. However, soon you'll be able to pick one up at the dealership. The Smart ForTwo EQ Edition Bluedawn is available in two variants – the Pules and the Prime. The Pulse is cheaper, starting at €28,920 ($35,017 at current exchange rates) in Germany. The Prime starts at €29,299.99 ($35,477), which includes the 19-percent VAT tax. The Edition Bluedawn is available in several European markets, including Italy, the UK, Hungry, and more.