Cold tires on a cold track decide the winner.

We talk about Germany’s performance automotive divisions quite often. BMW M, Mercedes-AMG, and Audi Sport are all building fast and powerful cars. But if you want an alternative to the premium trio, you should probably call Alfa Romeo.

The Italian brand may not have the lineup diversity of its German rivals but it does have the Giulia Quadrifoglio - a multifunctional weapon that can destroy most of the new cars on sale. Carwow wanted to see if the sedan is faster than an AMG-badged hot hatch and lined it up against a very yellow Mercedes-AMG A45 S.

At a glance, this may seem like a David versus Goliath drag race but the numbers show these two cars are a relatively good match. Even though the Alfa is more powerful, it is driven by its rear wheels only and doesn’t have launch control. In turn, the 2.0-liter engine in the A45 drives all four wheels through a dual-clutch automatic gearbox. Weirdly, even though the hatch is smaller than the Giulia QV, it’s actually heavier.

The first run wasn’t especially great for the Alfa, to say the least - cold tires on a cold track and just two wheels transferring the power is not a good recipe. You probably know what that means but let’s make it clear - the A45 totally destroyed the Giulia QV in the first run. 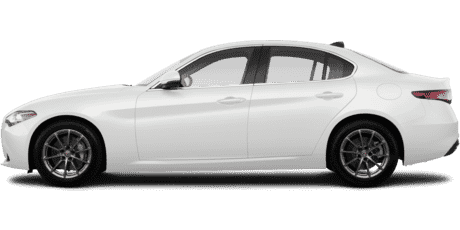 save over $3,400 on average off MSRP* on a new Alfa Romeo Giulia

A few tweaks to the electronic stability system and engine response gave the Alfa a little more chance in the second run but again, that’s not enough. Race mode again for the third run and a slightly more gentle push of the pedal - will that work?