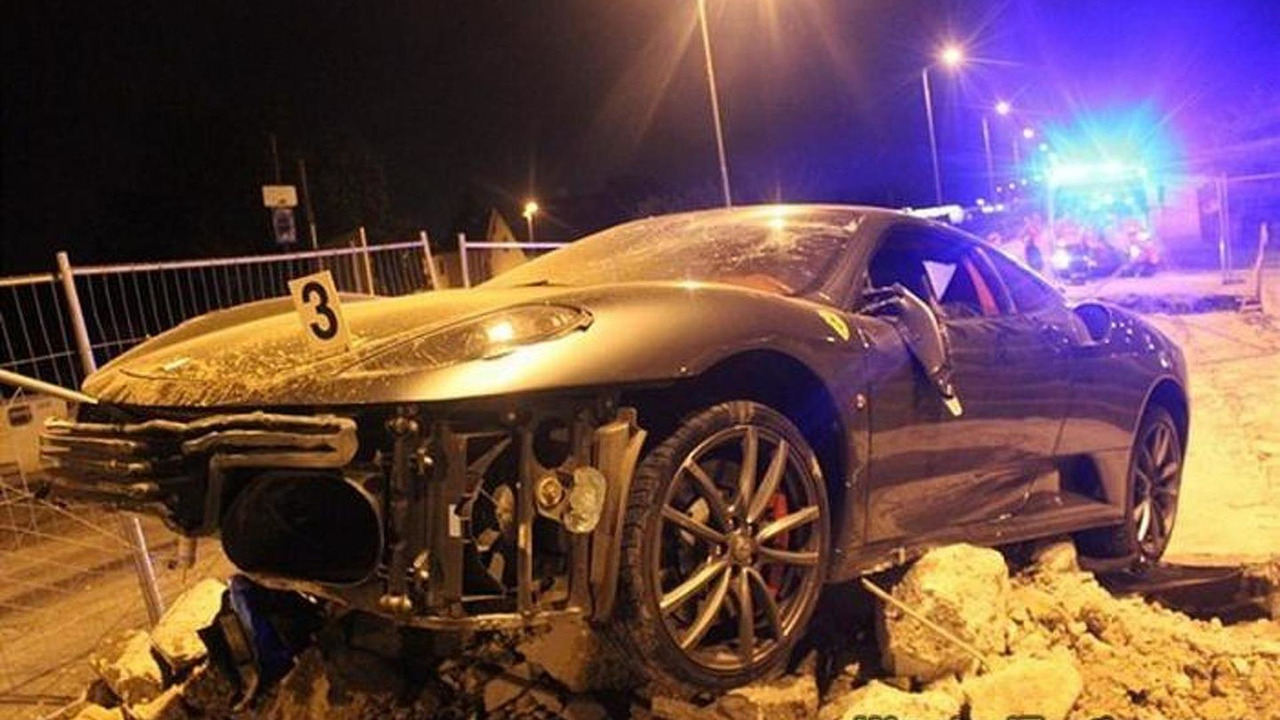 The driver of a black Ferrari F430 crashed his supercar during a police chase the Czech Republic.

Wrecked Exotics reports the accident occurred in the city of Pardubice. After crashing his Italian ride, the man behind the wheel managed to get away and the police are still looking for him. There is no word on whether the F430 was stolen or not.

As you can see from the photos, the vehicle ended on top of rubble, after hitting a construction barrier. The car suffered major damage to the front end with the right wheel detached from the suspension.

This is not the first F430 crash in Eastern Europe. Back in 2009, the same model went up in smoke after an accident outside the city of Sibiu, Romania. No one was seriously injured then, but the car was a total loss.