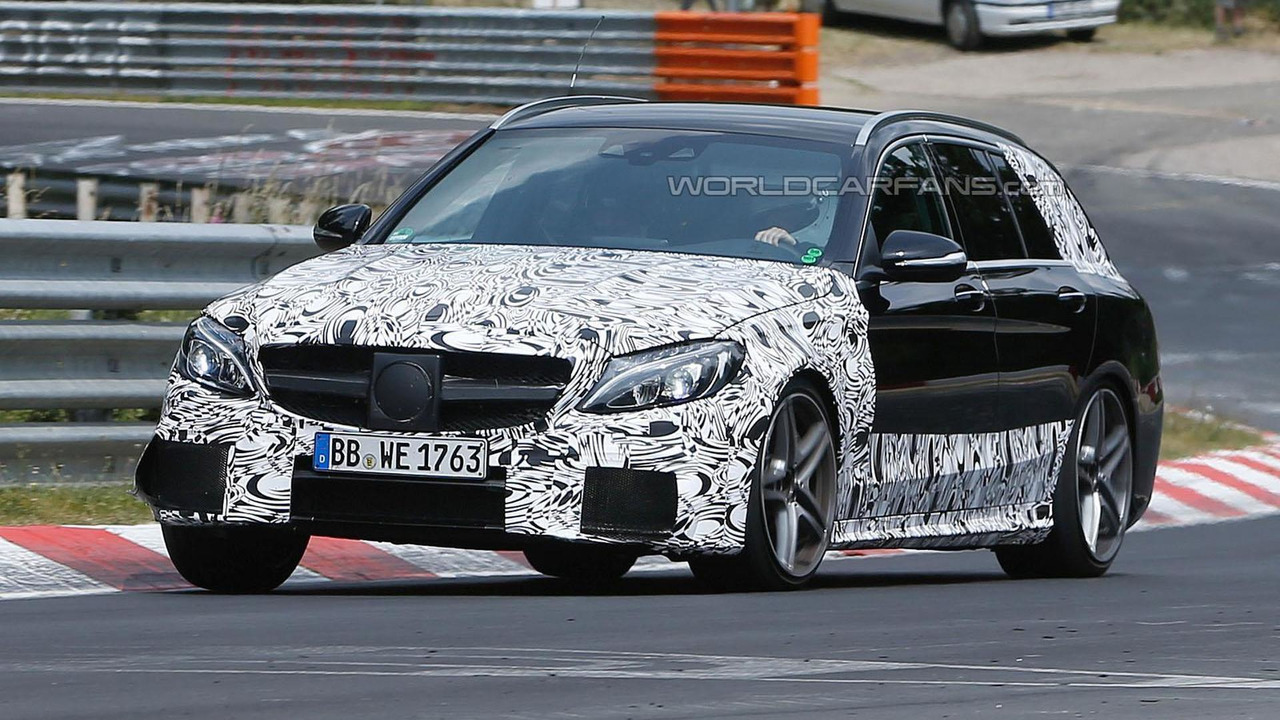 This week during the C-Class Estate's launch at home in Germany, Mercedes-Benz executives confirmed the C63 AMG will be offered in two flavors. Both of them will be equipped with a newly developed twin-turbo V8 4.0-liter engine which is believed to deliver 476 PS (350 kW) in the standard variant and 510 PS (375 kW) in the C63-S.

Aside from the additional 34 PS (25 kW), the C63-S is expected to come with a slightly more aggressive body along with a beefier braking system to match the extra oomph. AMG versions of the forthcoming coupe and cabriolet derivatives have already been confirmed but we don't know whether Mercedes-Benz will slap the C63-S badge on these as well.

According to recent rumors, the C63 AMG Sedan and Estate will be unveiled online on September 24 and will be publicly introduced early October at the Paris Motor Show. Around the same time customers will be able to place an order and they will get their cars at the beginning of 2015.