Weird Steering Wheels That Never Made It To Reality 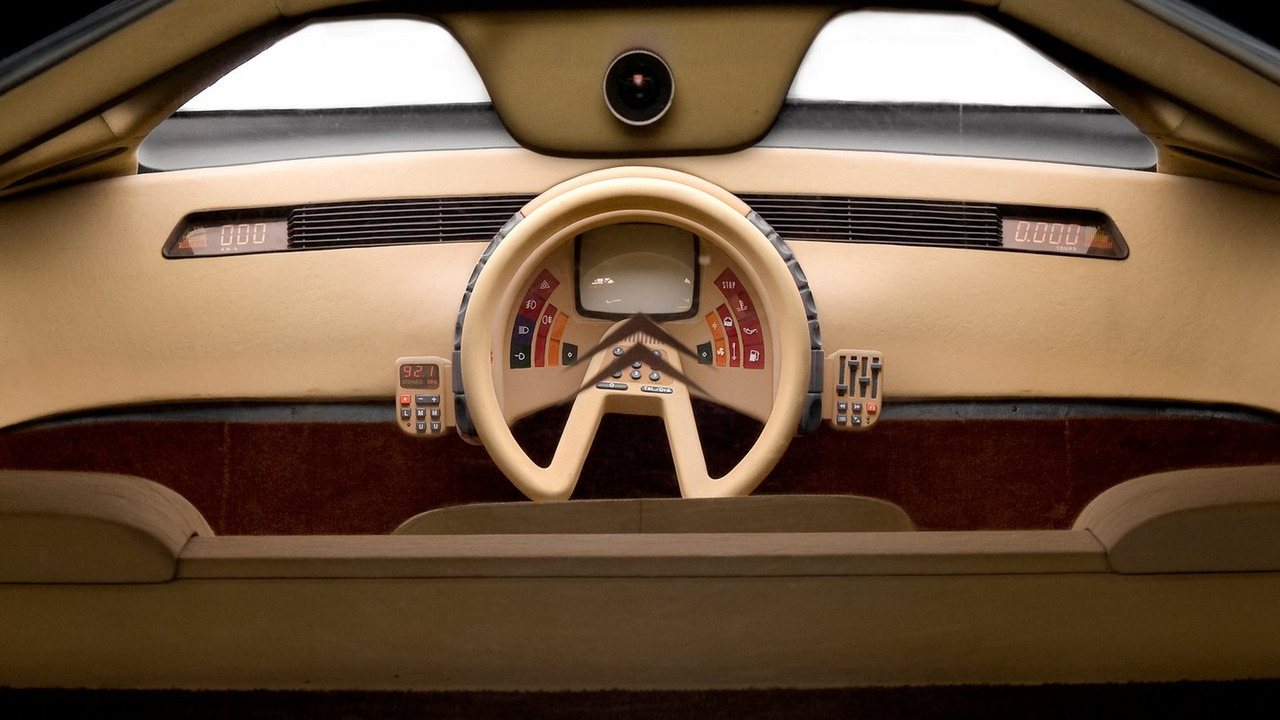 Joysticks on production would have been fun, don't you think?

Right now, it's safe to say that steering wheels for production vehicles look normal. With the exception of some like the Chevrolet Corvette C8, most steering wheels of date are either round or have a flat-bottom shape.

But did you know that it wasn't always that way? There were several concept vehicles in the past that feature futuristic designs, so much so that their steering wheels are anything but round. Select Car Leasing hauled the vault of oddity and listed some of the strangest steering wheels that have ever existed in concept form, and here's a roundup.

In the 2011 Tokyo Motor Show, Honda revealed the EV-STER Concept – a two-seater convertible that made use of carbon materials for lighter weight.

But instead of a typical steering wheel, the electric sports car concept had joysticks. Designed to fight G-forces when turning a tight corner (probably on track days), it was supposed to keep the driver upright during the maneuver.

Developed by BMW Technik GmbH, the BMW Z22 was a futuristic concept released by BMW in 1999. It featured tech toys such as head-up display and side cameras – things we currently see in cars these days but was just a figment of imagination before.

As for the rectangular steering wheel, well, it didn't operate mechanically but rather take commands from the driver through electronic impulses. It also had a fingerprint scanner in the middle for ignition, while the transmission can be shifted via buttons.

Ladies and gents, this is a steering wheel, not a jet fighter yoke or something lifted out of a  Rebel X-Wing Fighter. This is probably one of the wildest steering "wheels" we've seen so far, and it was introduced in the Oldsmobile Incas in 1986. The aircraft-derived helm was matched by a fully-digital dashboard, completing the aeronautic experience.

Looking straight out of a video game, the control yoke was actually designed based on market research. The new generation of car buyers then preferred this over the traditional type.

Don't You Love It When Cars Get Weird?

Ford F-150 Gets A Weird Sedan Makeover In Unofficial Rendering

The Citroen Karin from 1980 had a trapezoidal shape and a central driver seating with two seats at the back (a la McLaren F1). But that wasn't the odd thing about it – the steering wheel, albeit still round, had a peculiar notch that connected to a keypad.

Those were actually telephone buttons, which, along with the other controls of the car, were controllable without letting go of the steering wheel.

The Turin Motor Show in 1978 was the birthplace of the Stratos-based Lancia Sibilo – a wedge-shaped supercar concept. While the exterior wasn't exactly new at that time, but the steering wheel inside piqued everyone's interest.

The one-piece steering wheel was supposed to be ergonomic, while the bespoke grip design was designed to make drivers feel like they're touching a person's palm. All buttons were also placed behind the steering wheel for a minimalistic look.

Also revealed at the Turin Motor Show like the Lancia Sibilo, the 1971 Maserati Boomerang concept was considered as Giorgetto Giugiaro’s most extreme creation. The exterior was wedge-shaped, of course, but the cabin was wilder than what you see outside.

Despite being round, the steering column was almost as wide as the steering wheel itself, while all controls and gauges were housed inside.