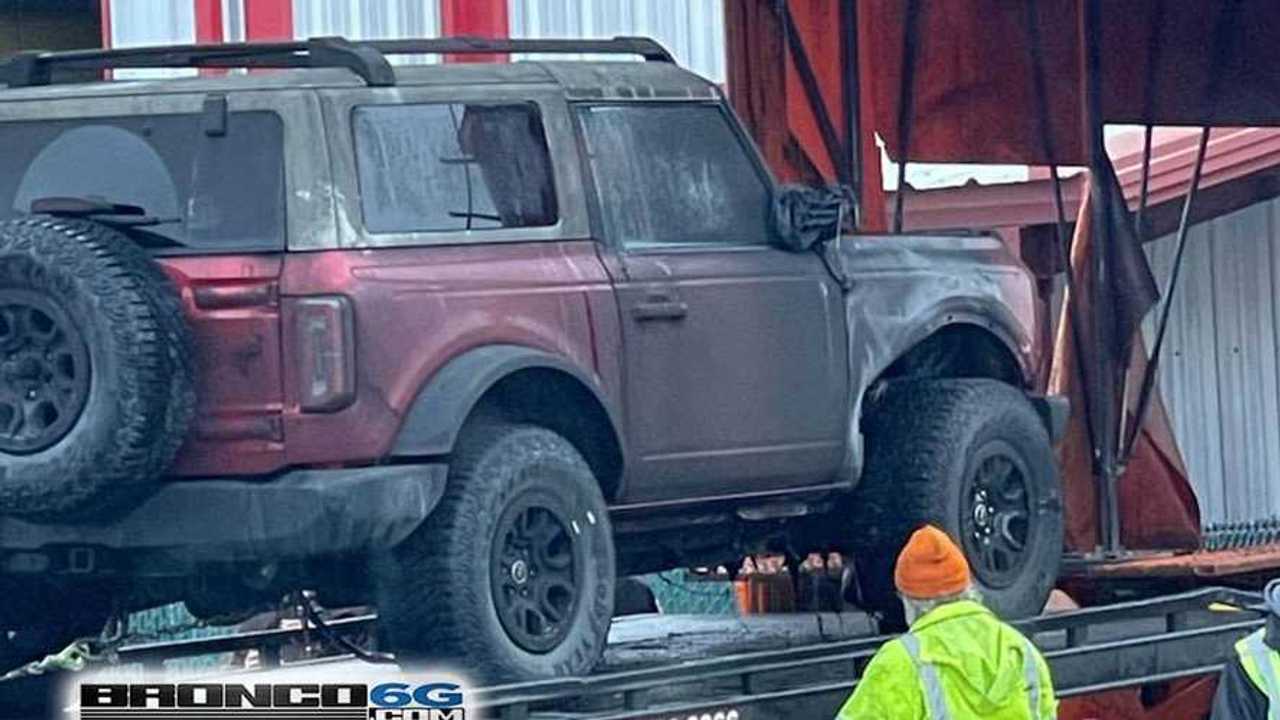 Literally too hot to handle.

The Ford Bronco is certainly a hot topic among off-roading fans. In this particular instance, that takes on a literal meaning. Photos recently posted at the Bronco6g forum show the aftermath of a trailer fire that claimed two Bronco lives before they could even begin. Don't get too upset, however – these are pre-production units that likely would've gone to Ford's crusher anyway. More on that in a bit.

According to Bronco6g member Fedexman1978, the photos were snapped at a truck stop in Greenville, Illinois. It also apparently wasn't an issue with the Broncos, so don't worry about the off-roaders being subject to spontaneous combustion. The exact cause isn't known, but the forum member feels certain the trailer caught fire through either a flat tire that got too hot, or stuck brakes that ultimately ignited the sides and spread inside.

The intended mission for these particular Broncos is unknown, but it's not uncommon for automakers to ship pre-production vehicles around the country in covered transports. That's especially true for models en route to a special event where they might be on display. It's hard to identify the red Bronco's trim level, though it could be a Wildtrak with the Sasquatch Package. The grille and wheel/tire combo on the Black Bronco points to a Badlands model, so Ford was sending its two off-road-focused models somewhere.

2022 Ford Bronco Will Get A Green Option, Which Would You Prefer?

Official Ford Bronco production is still a few months away. As such, these are pre-production models used for a variety of purposes, from additional testing to media demonstrators and displays at events. Most of the time, these early-build vehicles are scrapped due to potential legal issues but occasionally, pre-production models are returned to factories for inspections and necessary upfits to make them saleable. So while it's likely these two Broncos would've been destroyed, given demand that currently has Bronco sales backlogged for nearly two years, it's possible they could've been offered to the public.

That definitely won't be happening now.