Jeep: People Will Love The New Grand Cherokee 4xe For Its Off-Road Chops

The new Grand Cherokee is the next Jeep in line to get the plug-in hybrid treatment.

Jeep's "4xe" portfolio of plug-in hybrids has blossomed in recent years to include a variety of models. Europe has the Renegade and Compass PHEVs, the US recently added the Wrangler PHEV, while China sells a Grand Commander PHEV, though the latter doesn’t carry the “4xe” badge yet. The flagship Grand Wagoneer has already been confirmed to get electrification, and it’s only a matter of time before the next-gen Grand Cherokee will come with a charging port.

Only the bigger three-row Grand Cherokee L has been unveiled so far, but the five-seat version is only a few months away from being revealed. Jeep’s global boss Christian Meunier sat down and had a chat with Australian magazine WhichCar over Zoom about the upcoming WL generation, confirming it will earn the 4xe logo. He went on to say it will be better as far as pulling power and fuel efficiency than a diesel Grand Cherokee, which isn’t planned, at least not Down Under.

Meunier is quite confident in regards to the SUV’s off-road chops, saying it’s on a par with the V8 model while providing better fuel economy thanks to the plug-in hybrid powertrain. Jeep’s head honcho argues “people are going to love it” as adopting electrification will pay dividends in terms of acceleration, torque, and towing capabilities.

"The capability off-road is outstanding, people are going to love it. The 4xe at the end of the day in terms of capability torque and everything is as competent as a V8 and obviously fuel economy and everything there is no comparison, so we’re looking towards the future."

It’s unclear when the 2022 Grand Cherokee will premiere, but rumors are suggesting Jeep dealers in the United States will have it as early as the third quarter of this year. However, you’ll have to patiently wait for the plug-in hybrid model as WhichCar reports the 4xe model won’t be unveiled until early next year.

On the performance side, a new Trackhawk derivative is also planned, although don’t be too surprised if it will only be a two-row affair. 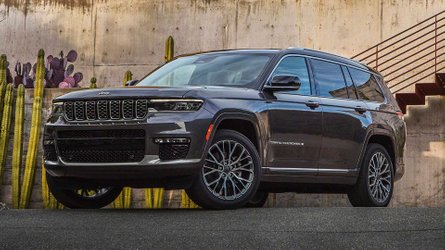 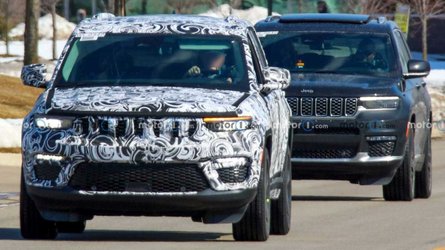