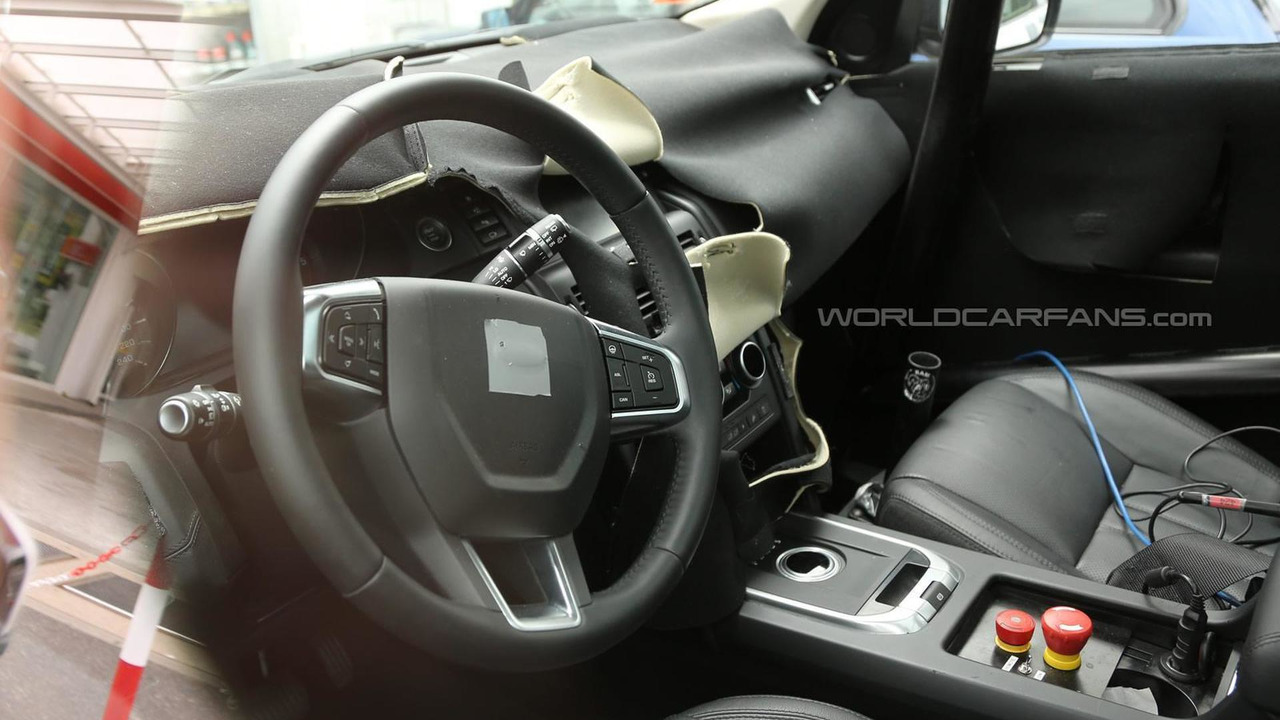 The 2015 Land Rover Discovery Sport has returned in a new batch of spy shots, this time showing a portion of the interior cabin.

The 2015 Land Rover Discovery Sport has returned in a new batch of spy shots, this time showing a portion of the interior cabin.

Programmed to enter production next year in Halewood, UK, the Discovery Sport will act as a replacement for the Freelander and will feature an exterior design inspired by the Discovery Vision. We can't say the same thing about the interior as the concept's simplified dashboard will be replaced with a typical Land Rover layout but with a larger display for the touchscreen compared to the Freelander as a result of moving the air vents from the display's sides to underneath it.

Also noticeable inside the unfinished cabin is a redesigned three-spoke steering wheel, an electronic parking brake, stop/start button, sunroof, metallic accents, wide center armrest, leather upholstery and an automatic transmission but it should be mentioned the Discovery Sport will also be offered with a manual gearbox.

It is believed to ride on an extended LR-MS platform of the five-door Range Rover Evoque and will be available with a wide variety of four-cylinder Ingenium gasoline and diesel engines sending their power to the front wheels on the lesser variants and to both axles on the upper-spec versions. A range-topping SVR variant is probably in the works with an uprated V6 3.0-liter supercharged engine but won't be available from day one.

Chances are Land Rover will show the Discovery Sport in March next year at the Geneva Motor Show, with sales to commence shortly thereafter.