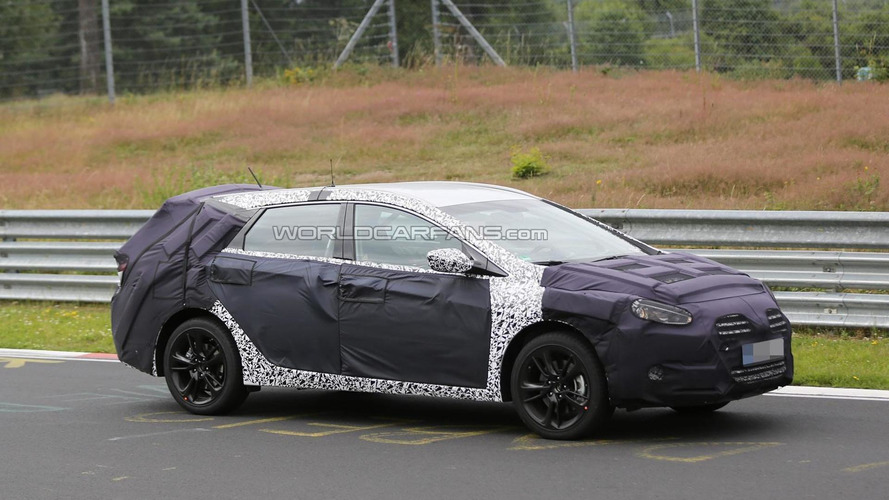 The 2015 Hyundai i40 has been caught on camera once again, this time wearing more extensive camouflage.

The 2015 Hyundai i40 has been caught on camera once again, this time wearing more extensive camouflage.

Just like before, the spies captured the i40 CW (CrossWagon) variant but the prototype was carrying more disguise, thus confirming Hyundai is planning more significant styling tweaks than originally believed, including for the interior cabin which is hidden on this prototype.

Previous spy shots showed camo only on the front fascia but now there's camouflage on the entire car, with the exception of the roof while the rear end is likely set for a major restyle since Hyundai put in a lot of effort to hide its identity.

Hyundai will probably decide to show the refreshed i40 in October at the Paris Motor Show.