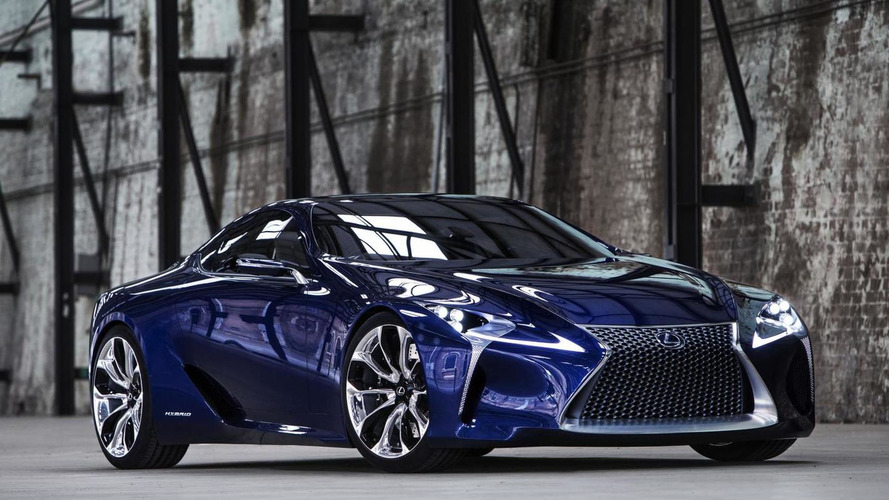 The Lexus LF-LC will eventually receive a production version according to the company's vice-president in Europe, Alain Uyttenhoven.

The Lexus LF-LC concept will eventually receive a production version according to the company's vice-president in Europe, Alain Uyttenhoven.

It was January 2012 when Lexus introduced the stunning LF-LC concept at NAIAS and several months later they brought a blue version to AIMS. Numerous rumors have emerged about a potential production version and now we have confirmation from Lexus Europe's vice-president Alain Uyttenhoven.

He did not specify an exact launch date but it will be out in the next six years part of Lexus' plan to introduce a new model on an annual basis until 2020. Official details about the model are not available but Uyttenhoven did say the LF-LC production version will be a low-volume model set to "bring huge emotion."

It is believed the car will be sold with the "SC" nameplate and is tipped for a 2017 launch with an RC F-sourced V8 5.0-liter rated at 482 PS (355 kW). The engine will allegedly work with a 10-speed automatic transmission and Lexus is also planning a 506 PS hybrid variant. The resurrected SC is expected to adopt an aluminum and carbon fiber construction which combined with the powerful engine will provide a performance that "surpasses the RC-F Coupe", all wrapped in "an unbelievably gorgeous fit-out."

The third generation SC should be unveiled at the 2017 NAIAS before going on sale the same year.