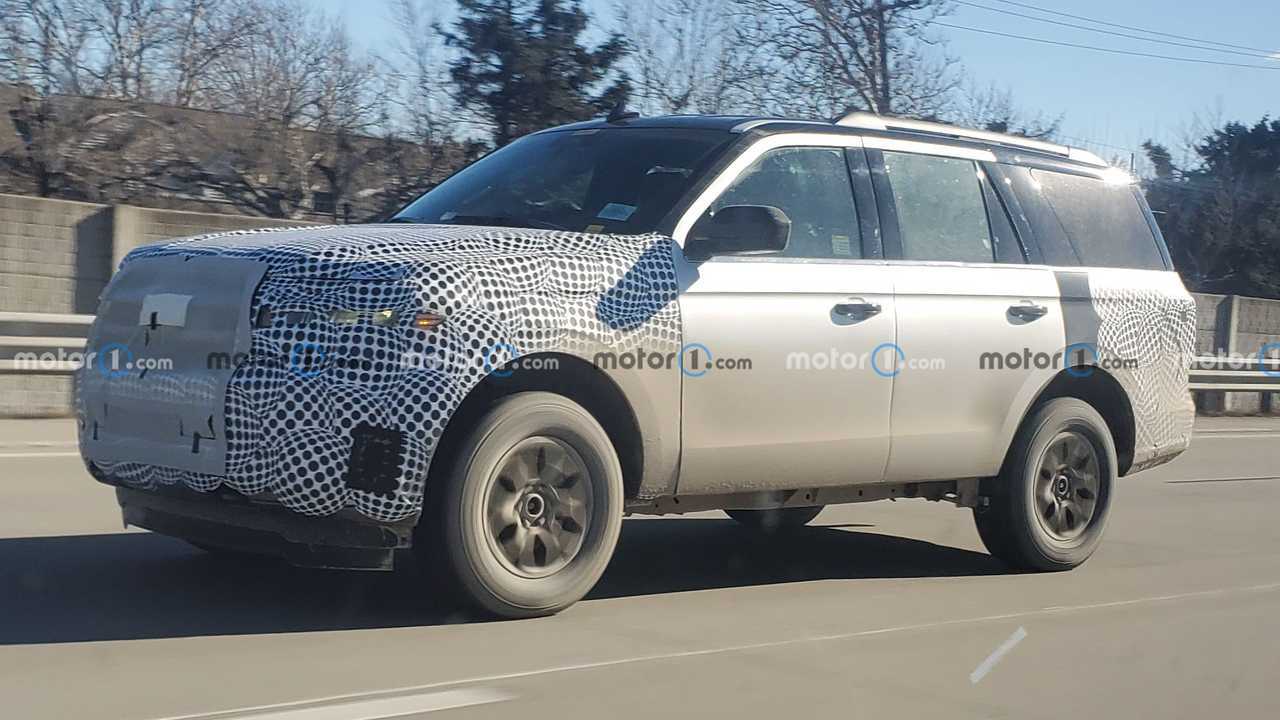 The fourth-generation Ford Expedition, which arrived new for the 2018 model year, was a significant upgrade over its third-gen counterpart. The Blue Oval packed more amenities and features inside while cutting its weight and upping the power, which helped accelerate its sales. However, the behemoth is due for a mid-cycle refresh, and an eagle-eyed Motor1.com reader captured one test vehicle cruising on I-75 in Michigan.

The test vehicle stands out with its bulbous-looking camouflage hiding the front and rear fascias and the fenders. Ford does a stellar job hiding any changes from scrutiny as the camouflage thoroughly covers the lighting elements. The headlights and taillights should receive a redesign, too, which likely coincides with subtle changes to the front and rear bumpers and a redesigned grille. These are often the usual upgrades that come with mid-cycle refreshes. The test vehicle also sports an odd, extra-long tailpipe sticking out from under the rear bumper.

The fourth-generation Expedition has one engine – a turbocharged 3.5-liter EcoBoost V6 – though Ford offers two outputs. The entry-level model pumps out 375 horsepower (279 kilowatts) and 470 pound-feet (637 Newton-meters) of torque. The upgraded output is 400 hp (298 kW) and 480 lb-ft (650 Nm). A 10-speed automatic gearbox is standard equipment for both horsepower ratings, and neither output is expected to change. The 2022 Expedition is expected to receive the hybrid powertrain the automaker introduced for the 2021 F-150.

2022 Ford Expedition Spied With Off-Road Upgrades, Could Be Timberline

Inside, the Expedition is likely to receive an upgraded infotainment system, which could see the in-dash screen replaced with a tablet-style one similar to what Ford introduced in the Mach-E. It would be a significant interior update, though a necessary one as large information screens continue to proliferate throughout the industry. The updated Ford Expedition, which will arrive for the 2022 model year, will debut sometime later this year alongside the updated Lincoln Navigator.

Special thanks go to Daryl for sending us the spy shots!