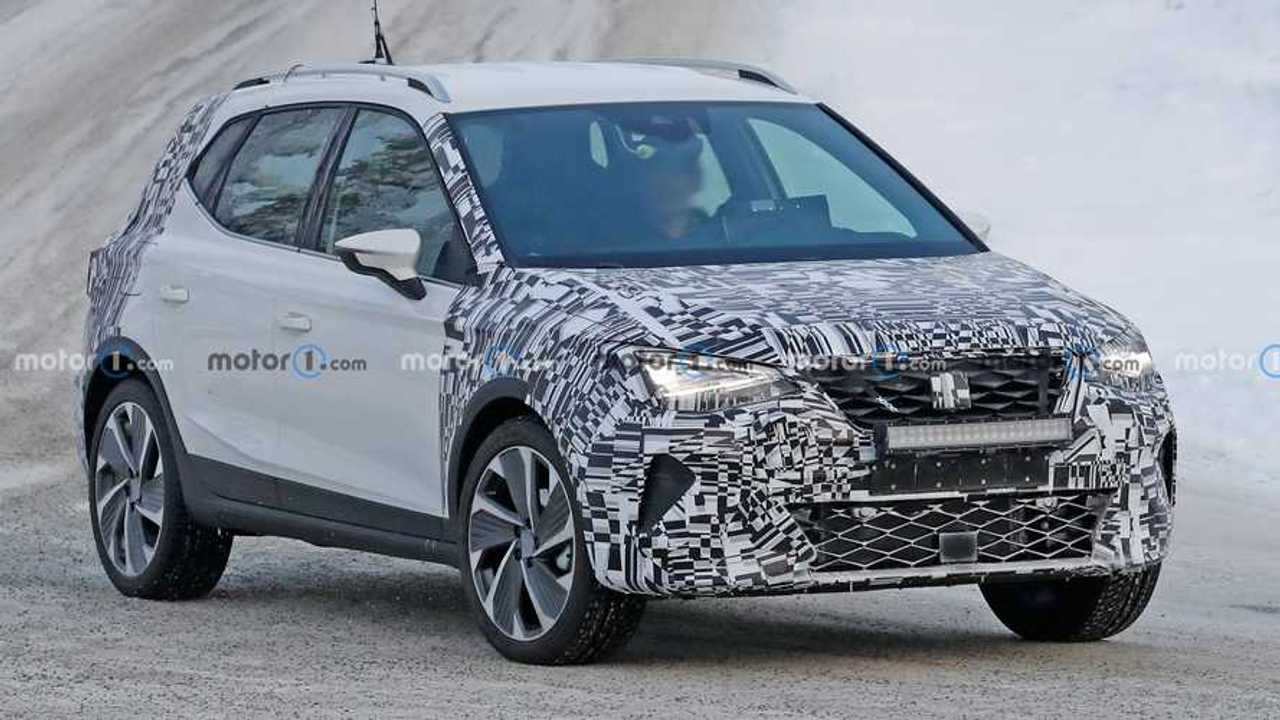 It’ll most likely debut in the second half of 2021.

Spy photos from last September captured a camouflage SEAT Arona crossover, hiding mild changes to the front and rear fascias. Four months later, there’s a new batch showing the car has shed no camouflage, though it does look a tad different from the test vehicle spotted last year. The new photos capture the popular crossover out winter testing ahead of its likely debut in the second half of 2021.

The photos show a white crossover test vehicle with the front and rear fascias thoroughly covered. The camouflage stretches from the front bumper to the top of the windshield, and it covers the hindquarters, hatch, and bumper. However, the camouflage can’t hide the new lower mesh grille, or the intakes tucked to the bumper’s edges. At the rear, camouflage hides a tweaked rear bumper design, though the tailpipes are a slightly different trapezoidal shape, possibly hitting at a different powertrain variant.

The model is expected to receive the requisite mid-cycle updates like tweaked headlight and taillight designs, reshaped grille, and other small changes. This being a mid-cycle refresh means there likely won’t be changes made to the available powertrains. The crossover already has a robust lineup of engines – turbo gasoline, diesel, and compressed natural gas. There are rumors of a mild-hybrid powertrain that could come to the crossover; however, that remains speculation.

The interior isn’t expected to change much. The Arona was an all-new model for the 2017 model year, and SEAT has done a lot to keep it feeling fresh. After its debut, the automaker added a fully digital instrument cluster. For the refresh, SEAT’s expected to upgrade the infotainment system to what’s offered in the Leon, and rumors hint that the Arona could see an upgrade in material quality, too. Future spy photos likely won’t show much more than what we see here, so we’ll be waiting for the full reveal soon.