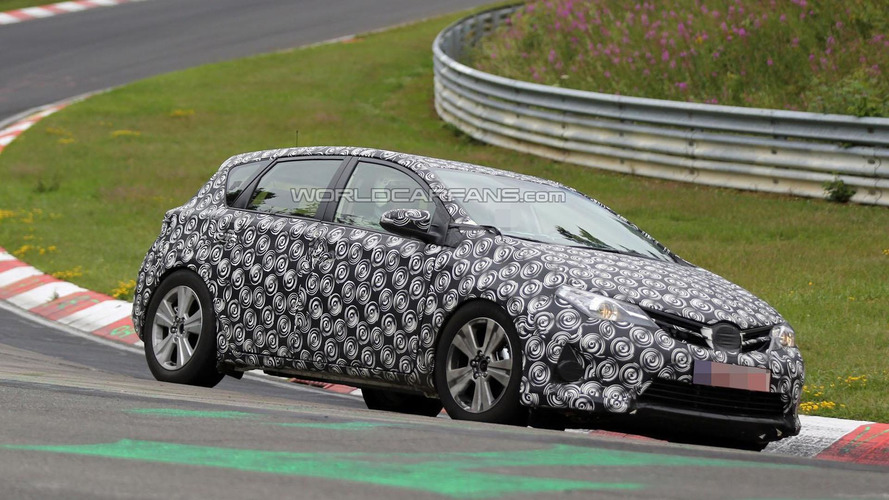 Toyota's off-road inspired Auris has been spied undergoing testing on the Nürburgring.

Toyota's off-road inspired Auris has been spied undergoing testing on the Nürburgring.

Tentatively dubbed the Auris Cross, the model features an increased ride height and larger alloy wheels. There doesn't appear to be any other modifications but that could change when the camouflage comes off.

Toyota has remained relatively tight-lipped about the model but speculation suggests it will be powered by a 1.6-liter four-cylinder petrol engine with 130 hp (97 kW) and 160 Nm (118 lb-ft) of torque. While previous reports have suggested the Auris Cross would be front-wheel drive only, newer information says all-wheel drive could be an option after all.

Regardless of the final specifications, the Auris Cross could be launched sometime next year to battle the Honda HR-V / Vezel.