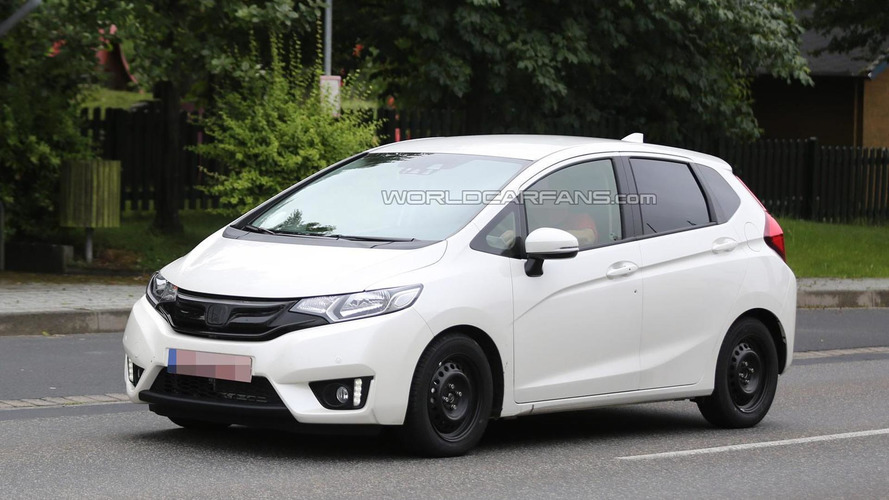 The third generation Honda Jazz has been spied testing in European guise on German roads. Should debut in October at the Paris Motor Show.

The third generation Honda Jazz has been spied testing in European guise on German roads.

We have already seen the all-new Honda Jazz/Fit in JDM and US-spec flavors and now it's almost time to have a look at the European variant. A virtually undisguised prototype was spotted undergoing last-minute testing on German roads, looking just about the same as its distant cousins as it carries a very busy design which won't fit with everyone's tastes.

Power will likely come from a four-cylinder, 1.5-liter DOHC i-VTEC gasoline engine which in the 2015MY U.S.-spec Fit generates 130 bhp (97 kW) and 154 Nm (114 lb-ft) but in the European version output will probably end up being lowered. Gearbox choices should include the usual six-speed manual and a CVT featuring paddle shifters.

A hybrid version is already available in Japan and will likely be offered in Europe as well. It uses a 4-cylinder Atkinson-cycle 1.5-liter gasoline engine that works with a high-output electric motor, dual-clutch seven-speed gearbox and a lithium-ion battery to grant the vehicle with an average fuel consumption of only 2.7 liters / 100 km (85.6 mpg US or 102.8 mpg UK).

An official public debut of the 2015 Euro-spec Honda Jazz is expected in early October at the Paris Motor Show so we should have all details and images sometime in September.