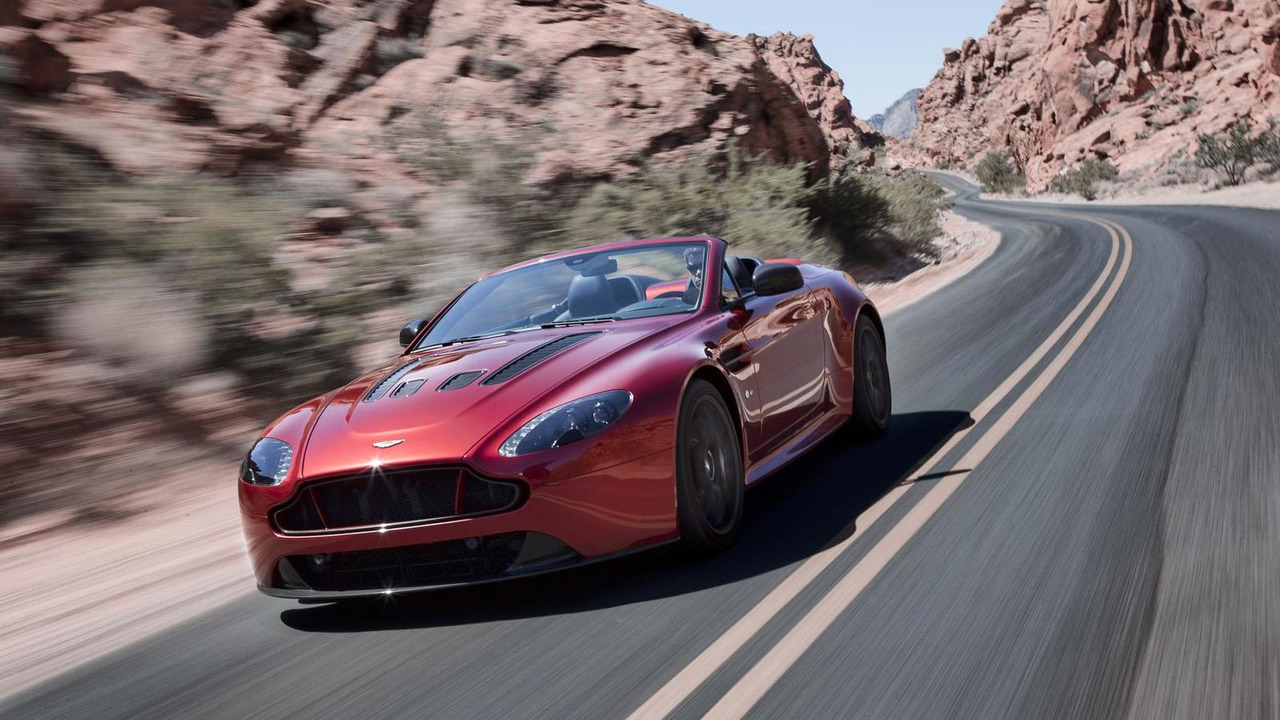 Aston Martin has officially unveiled the new V12 Vantage S Roadster. It is being billed as their fastest and potent roadster to date.

Billed as the company's fastest and most potent roadster to date, the model follows in the footsteps of the V12 Vantage S Coupe and features a ventilated hood, carbon fiber components and black or titanium silver accents. The roadster also has an aggressive grille that draws inspiration from the CC100 Speedster concept.

Speaking of performance, the V12 Vantage S Roadster has an adaptive damping system, a two-stage anti-lock braking system and a three-stage dynamic stability control system. There's also carbon ceramic brakes and a Sport mode that "alters throttle response, gearshift speed and timing, and exhaust note to, once again, tune the character of the car to the driver’s requirements."

Aston Martin Director of Design Marek Reichman sums up the car by saying “The new roadster is truly a treat for the senses with, underlying all this, the capacity to deliver one of the most dynamic, exciting and stirring driving experiences in our current range."

The Aston Martin V12 Vantage S Roadster will go on sale later this year and pricing will be announced closer to launch.