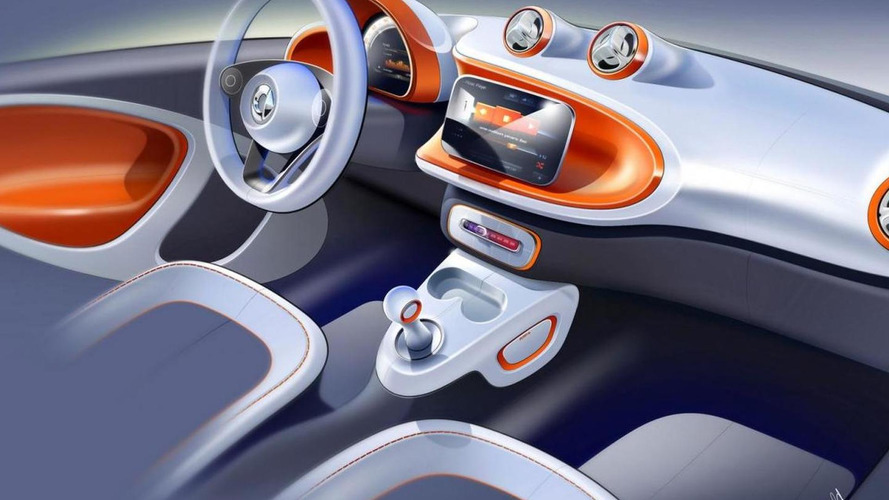 Smart has released a final teaser image of the 2015 ForTwo, ahead of its debut tomorrow night at 8 p.m. CET.

Smart has released a final teaser image of the 2015 ForTwo, ahead of its debut tomorrow night at 8 p.m. CET.

Set to be shown alongside the new ForFour, both models promise to "display a unique combination of urban joie de vivre and compelling functionality." The company also said the new ForTwo is "not a single millimeter longer than its predecessor, but it has more to offer in every respect, from comfort, safety and functionality to driving pleasure."

That's pretty vague but Mercedes-Benz Passion managed to get their hands on some sketches of the new ForTwo. They show the model will have an evolutionary design with a more prominent grille that is flanked by larger headlights. We can also see a familiar tridion cell and distinctive taillights.

Bigger changes occur in the cabin as there's a curvaceous dashboard, a freestanding infotainment system and a large instrument cluster. Other notable highlights include contrasting trim, circular air vents and a beefy steering wheel.