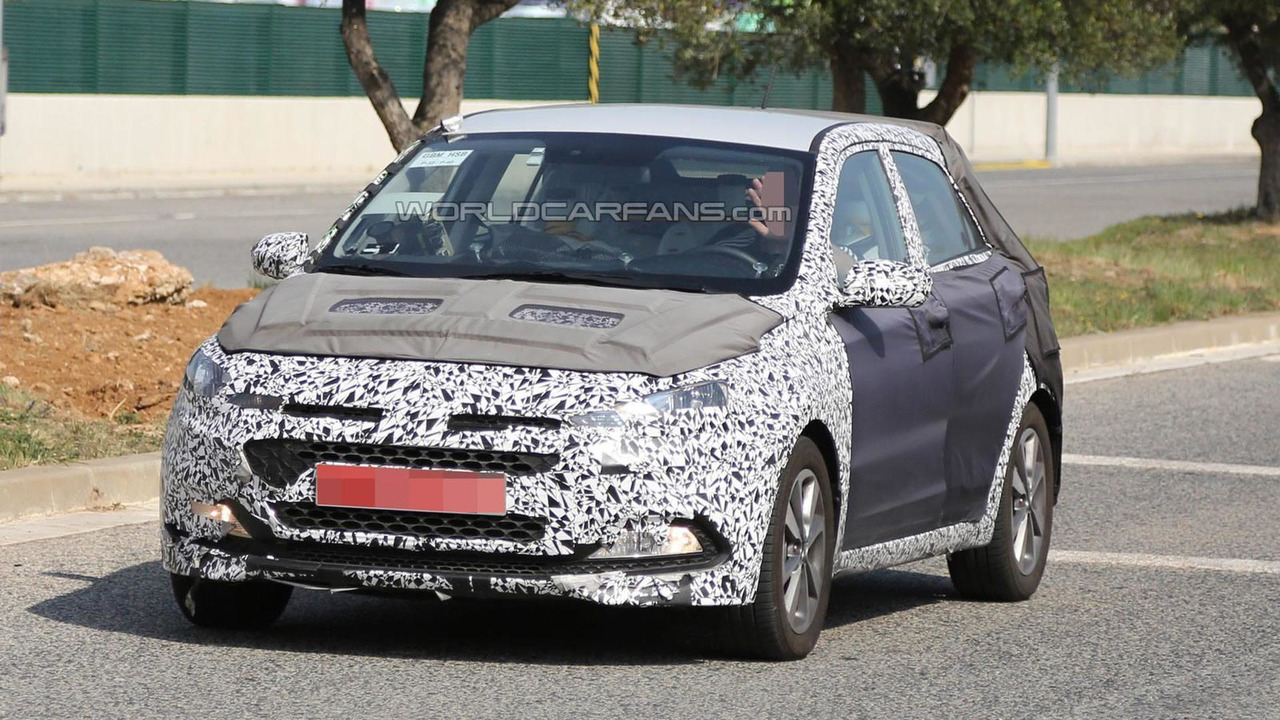 The second generation Hyundai i20 has been spotted yet again undergoing last-minute testing.

The second generation Hyundai i20 has been spotted yet again undergoing last-minute testing.

Hyundai's cute city car is about to reach second generation which won't be a major departure compared to the current model. The design will be mostly evolutionary but expect to find an enlarged lower front grille as well as sweptback headlights. These latest spy shots provide a better look at the front bumper's air intakes and we also get a closer view of the fog lights.

Taking into account the entry-level i10 is now larger than before, we believe Hyundai will most likely make the i20 bigger to distance the models from one another. Engine choices will include the usual members in the form of 3-cylinder 1.0-liter and 4-cylinder 1.25-liter units running on gasoline and 3-cylinder 1.1- and 4-cylinder 1.4-liter turbodiesels. These motors will be mated to a six-speed manual gearbox or an optional automatic transmission.

While the standard second-gen Hyundai i20 is expected at the Paris Motor Show in October, the hotter N version will be out sometime next year and will sit on top of the range with more power and aggressive styling.