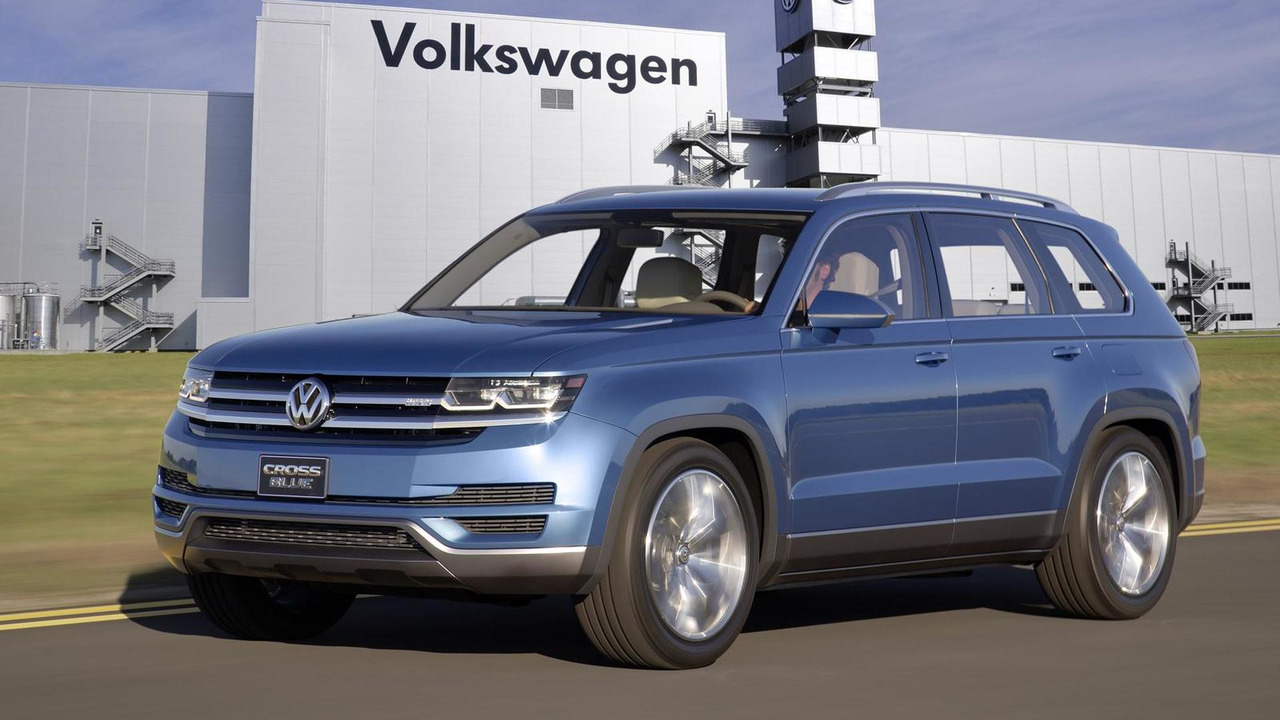 Volkswagen has announced the CrossBlue production version will be built starting late 2016 in United States at the Chattanooga plant.

Volkswagen has announced the CrossBlue production version will be built starting late 2016 in United States at the Chattanooga plant.

Originally introduced at last year's NAIAS in Detroit, the Volkswagen CrossBlue concept will receive a production version programmed to reach the assembly line towards the end of 2016. It will be built in U.S. at Volkswagen's Chattanooga factory alongside the US-spec Passat. The seven-seat mid-size SUV will command an investment of around 900M USD at the factory in Tennessee where Volkswagen will also hire approximately 2,000 people.

Developed specifically for the U.S. market, the CrossBlue will demand an increase of the plant's floor space by 50,000 m² (approx. 538,000 sq. ft.) and in the same location Volkswagen will also establish a new National Research & Development and Planning Center.

Details about the car have not been provided but we already know it will be offered with a seven-seat arrangement featuring a three-seat bench in the middle and probably two stadium-style seats in the back as seen in the concept. It will ride on the MQB platform and will retain largely the same dimensions as the concept: 4986mm (196.3 inches) long, 2014mm (79.3 inches) wide and 1732mm (68.2 inches) tall.

Since production will start late 2016, expect deliveries of the Volkswagen CrossBlue (name not final) to begin mid-2017.