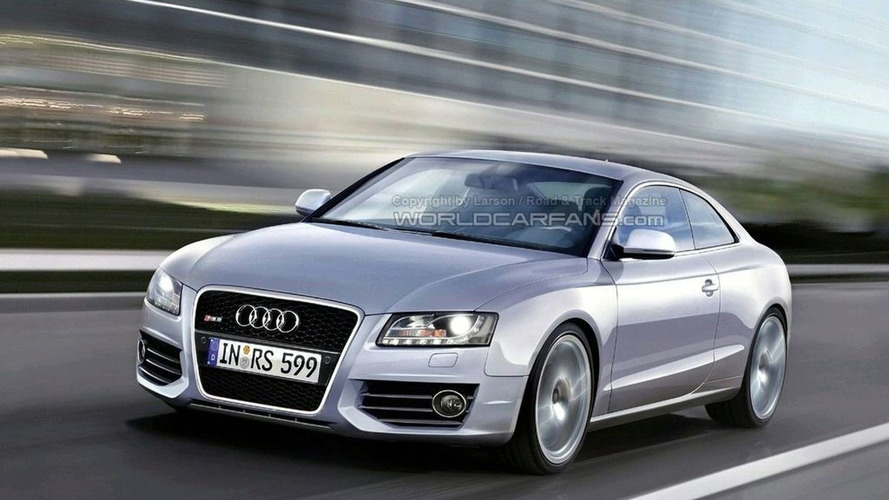 According to word, current high-revving Audi RS4 V8 engine stays, but ups power by 20kW. Same plant is to be shared with 2009 RS5.

We were very happy with the Audi RS4, weren’t we? Aggro styling, those menacing side gills, Quattro, flat-bottomed steering wheel, those Recaro seats. And plenty more. Oh yeah, that high-revving naturally aspirated 4.2-litre V8 whose sound makes you think of a heavy metal band fronted by Thor himself. But what next? Already a lot is being said about the next RS4, a car we are to officially see for the first time in 2010, with European sales beginning in 2011. The main topic is obviously the powertrain. New 7-speed double-clutch gearbox will be on offer, alongside a 6-speed manual, in addition to a rear-wheel-biased Quattro system.

Because the new S4 uses a 3.0-litre supercharged engine for its power, some have speculated similar offerings for the RS4 as well as earlier-coming RS5. Now Fourtitude says they are quite certain, after dinner with an Audi executive, that RS4 will retain its current 4.2-litre but bump up power from current 309kW levels up to even 350kW. Very possible. Yet we can’t shake off the feeling that more is on offer, especially considering the power space Audi has put between itself in the RS6 and the rest (M5 and E63 AMG). Why would they only put a mere 20kW or so between themselves and the current power-champ, Mercedes-Benz C63 AMG?

One of the main drivers for the entire Audi organisation is the beating of BMW at every level. Assuming this still holds true, we just cannot see Audi turbo-charging an RS4 again before M turbocharges an M3.