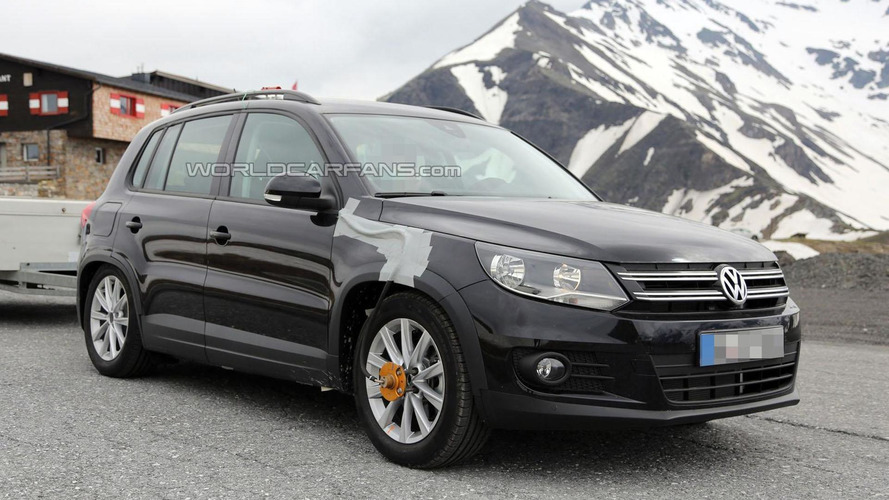 Volkswagen is reportedly developing two versions of the next generation Tiguan

Volkswagen is reportedly developing two versions of the next generation Tiguan.

Autocar says both five- and seven-passenger variants are currently in the works, a thing we’ve reported before. The first one is scheduled for a 2015 Frankfurt Motor Show debut next year, while the longer-wheelbase Tiguan should be ready a few months later, probably just in time for the Detroit motor show in early 2016.

The report also claims the compact SUV will be based on VW’s MQB platform with size of the standard model roughly the same as the current generation. The seven-seater will be launched in North America, China and Europe as part of the German brand’s plan to position future models further upmarket.

The next generation Tiguan is expected to be offered with a variety of four-cylinder engines. Nothing is official but previous reports have suggested there will be a 1.4-liter TSI, a 1.6-liter TDI with 110 PS (81 kW) and a 2.0-liter TDI with outputs ranging from 150-184 PS (110- 135 kW). Most options will be available with a 4Motion all-wheel drive system, while a petrol-electric plug-in hybrid is also under development.