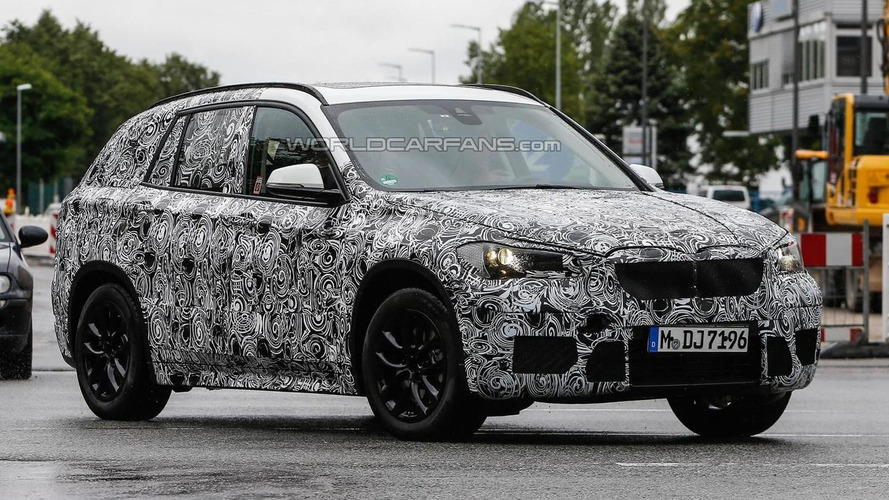 The 2015 BMW X1 was caught on camera once again by our photographers while undergoing testing.

The 2015 BMW X1 was caught on camera once again by our photographers while undergoing testing.

A couple of days ago we brought you a batch of spy shots of what is believed to be the BMW Family Active Sports Tourer (FAST) and now we take a look at what appears to be the second generation X1. The differences between the two prototypes are very subtle but the FAST had only one exhaust tip and featured a "hybrid vehicle" lettering while the possible X1 seen here has a dual exhaust setup and lacks the hybrid name.

In addition, the cars appear to have different headlights and taillights and the X1 has plastic cladding on the wheel arches which would be more suitable for a crossover. While the X1 will remain a small crossover, the FAST will likely end up being a compact van offering a generous interior cabin space and lots of cargo room.

Both the X1 and FAST will likely ride on the UKL platform also used on the 2-Series Active Tourer so expect a front-wheel drive layout as standard although an optional AWD could be offered but this hasn't been confirmed yet.

Expect the X1 and FAST to go on sale sometime next year but could be unveiled in the months to come, possibly in October at the Paris Motor Show.