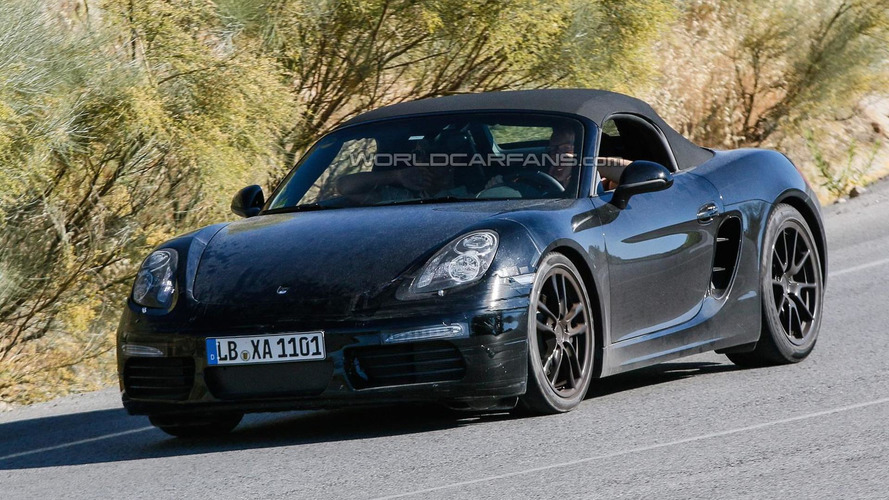 Our spies have returned with a second batch of photographs with the 2016 Porsche Boxster facelift.

Our spies have returned with a second batch of photographs with the 2016 Porsche Boxster facelift.

The third generation Boxster still feels quite fresh to most of us but apparently there's a different opinion in Stuttgart at Porsche's headquarters as they are already working on a facelift. Don't expect major changes as the cosmetic revisions will be subtle at best and are going to be limited to the front bumper and headlights.

The prototype spotted here featured camouflage only on the front fascia so chances are other areas of the car will not be revised or we are dealing with an early prototype that doesn't feature all changes. A minor tweak of the interior cabin could be in the works while the engines will be carried over from the current model but these could be further updated to lower fuel consumption and cut CO2 emissions.

An official launch of the 2016 Boxster should occur approximately a year from now and will likely be followed in a few months by its fixed roof sibling, the Cayman which will reportedly get a range-topping GT4 derivative with 450 PS (331 kW).