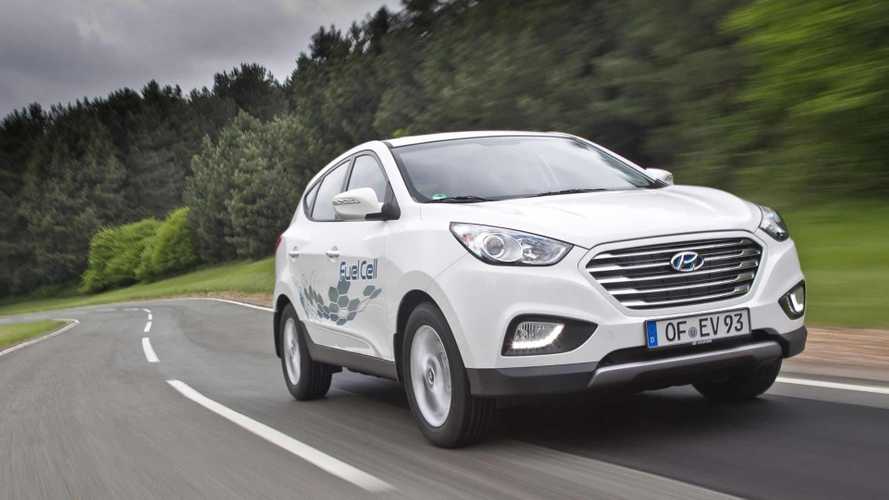 Hyundai is proud to announce the ix35 Fuel Cell now holds the record for the longest journey completed by a hydrogen-powered production car.

Hyundai is proud to announce the ix35 Fuel Cell now holds the record for the longest journey completed by a hydrogen-powered production car.

Some say hydrogen is the future and Hyundai backs up this statement with their ix35 Fuel Cell, world's first mass-produced hydrogen car. In a journey which took no less than ten hours, the vehicle was driven from Oslo, Norway to Malmö, Sweden via Gothenburg, Sweden and Copenhagen, Denmark, covering a distance of 700 km (435 miles) on a single tank of hydrogen.

The Hyundai ix35 Fuel Cell was driven at an average speed of 76 km/h (47 mph) and after the journey was finished the trip computer still showed almost 10 km (6 miles) of range. It was a production-spec ix35 without any modifications that could have improved its range. Speaking of range, the ix35 managed to exceed the official 594 km (369 miles) stated by Hyundai.

Another mass-produced hydrogen-powered vehicle will be Toyota's FCV (name not final) which promises a range of around 482 km (300 miles). Sales of the FCV will kick off in April 2015 in Japan, with European and North American markets to follow the same year.