Mercedes to remove 'Fric' for Hockenheim 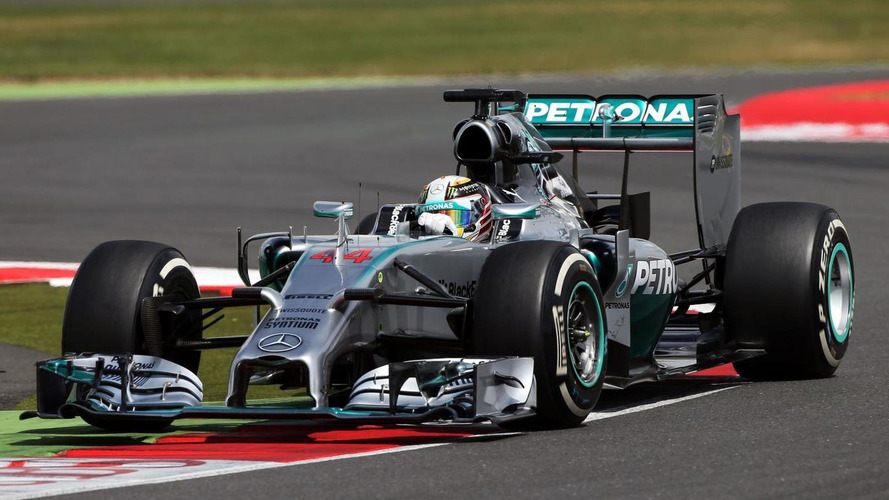 Mercedes will remove the complex 'Fric' system from its dominant F1 car ahead of next weekend's German grand prix. The FIA surprised the entire world of F1 this week by informing teams that it now r...

Mercedes will remove the complex 'Fric' system from its dominant F1 car ahead of next weekend's German grand prix.

The FIA surprised the entire world of F1 this week by informing teams that it now regards the innovation, which mimicks outlawed active suspension, as potentially illegal.

The technical directive issued by Charlie Whiting opened the door for some teams to lodge protests in Hockenheim and beyond that could forseeably be upheld by the stewards.

On Thursday, Germany's Auto Motor und Sport reported that the teams most likely to lodge protests are McLaren, Ferrari and Caterham.

The technology, linking the four suspension corners hydraulically, has been around for at least a couple of years, when it was pioneered by Lotus.

It is therefore a surprise to most F1 figures that, suddenly, the FIA is wondering aloud if it contravenes the catch-all regulations against moveable aerodynamic devices.

Most cars in 2014 feature some sort of 'Fric' iteration, but it is widely believed that Mercedes and Red Bull have developed the most complex and effective systems.

Mercedes team chairman Niki Lauda said on Thursday: "The system has been used for two and a half years and all technical inspections have occurred without objection.

"So it is difficult to understand why suddenly the perspective has changed," he told Auto Motor und Sport's respected correspondent Michael Schmidt.

Lauda called on the FIA to take a precise position on the legality of the system.

"We don't want to invest any more in something that is against the rules. We want to know whether it is legal or illegal," he said.

Schmdit said he expects Red Bull will also remove 'Fric' - standing for 'front and rear inter-connected' - from its title-chasing car for Hockenheim.