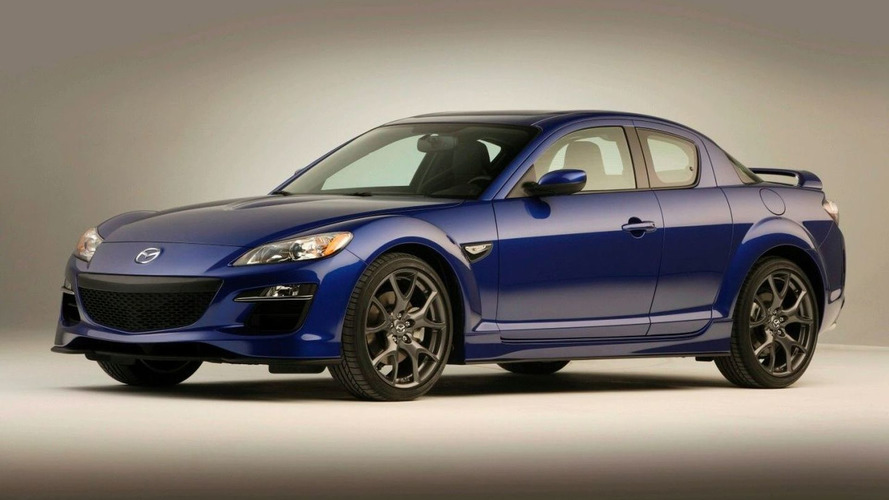 A new report coming from Australia sheds some light regarding the rumored Mazda RX-7/RX-8 successor scheduled for a 2017 launch.

A new report coming from Australia sheds some light regarding the rumored Mazda RX-7/RX-8 successor scheduled for a 2017 launch.

Reports about a spiritual successor of the RX-7/RX-8 keep emerging so there has to be a little bit of truth in them. Last month we heard the car will pack a newly developed naturally aspirated rotary engine generating somewhere in the region of 306 PS (225 kW) transferred to the rear axle.

Now, Motoring says the car will indeed come with a rotary engine but also with turbocharging and an output estimated at 455 PS (335 kW). The car is said to ride on an extensively modified platform of the defunct RX-8 and will feature a wide array of SkyActiv technologies that promise to fix the old rotary engine’s issues such as excessive oil consumption, high fuel consumption and a weak mid-range torque.

Mazda has allegedly registered "RX-7" and "RX-9" nameplates in Japan's trademark office for the vehicle which is said to come out in May 2017 to celebrate the 50th anniversary of the first rotary engine-powered Mazda model, the 1967 Cosmo Sport 110S.