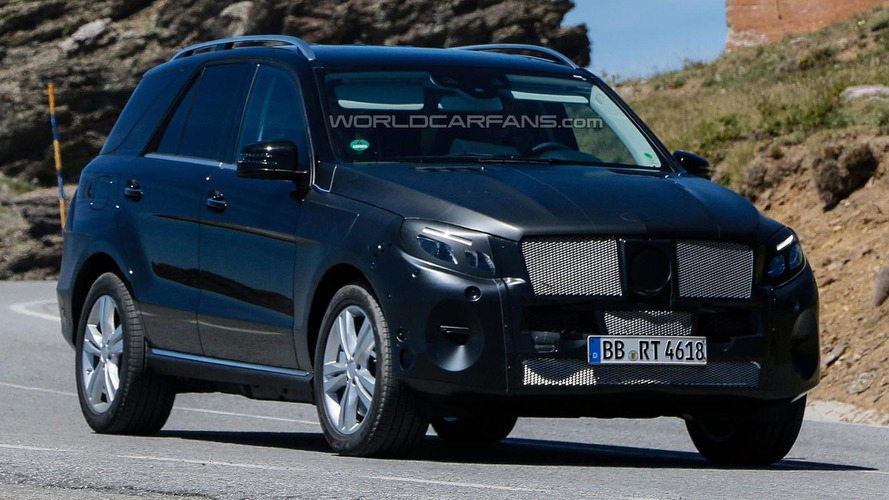 The facelifted 2016 Mercedes-Benz M-Class has been spied near the company's headquarters in Stuttgart, Germany.

The facelifted 2016 Mercedes-Benz M-Class has been spied near the company's headquarters in Stuttgart, Germany.

Expect the 2016 M-Class to receive an exterior overhaul as significant as on the 2014 E-Class with a redesigned front fascia featuring a single-bar grille and modified headlights with daytime running light bars. Moreover, the character line will also be altered while the bezel of the outer wheel arch will be softened. The taillights will also go through some changes and we expect the interior cabin to be modified as well with a new central display and the latest COMAND Online system.

Mercedes-Benz will retire the ML350 in order to make room for a ML400 equipped with a 3.0-liter V6 twin-turbo rated at 333 PS (245 kW) and 354 lb-ft (480 Nm) of torque. The 7G TRONIC seven-speed automatic transmission will be replaced by the new 9G TRONIC variant while a more economical 4-cylinder BlueTEC engine will also be offered.

According to a recent report, the facelifted Mercedes-Benz M-Class will be introduced in the fall of 2015 so look for a public debut at the Frankfurt Motor Show in September next year.