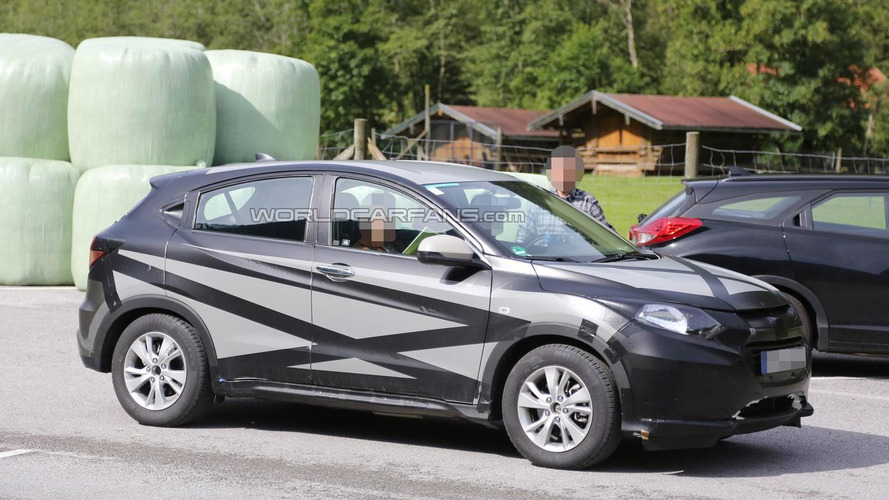 The Honda HR-V (Euro-spec) has been spied for the first time ahead of a market launch scheduled for 2015.

The Honda HR-V (Euro-spec) has been spied for the first time ahead of a market launch scheduled for 2015.

Honda introduced the Vezel at home in Japan towards the end of last year while in April they came out with the American version called HR-V. The same moniker will be applied onto the European version spotted here testing somewhere in the Alps. Slotting underneath the CR-V, the small crossover will borrow many styling cues from its larger brother and will look virtually the same as the American model.

There aren't any details about the engine lineup but in one of the spy shots we can see the 4-cylinder 1.5-liter i-VTEC engine which in the U.S.-spec variant is rated at 130 bhp (97 kW) and 154 Nm (114 lb-ft). The prototype's engine was linked to a 7-speed dual-clutch gearbox sending power to the front wheels.

Honda could decide to show the European HR-V before the year's end, with sales to kick off early 2015.