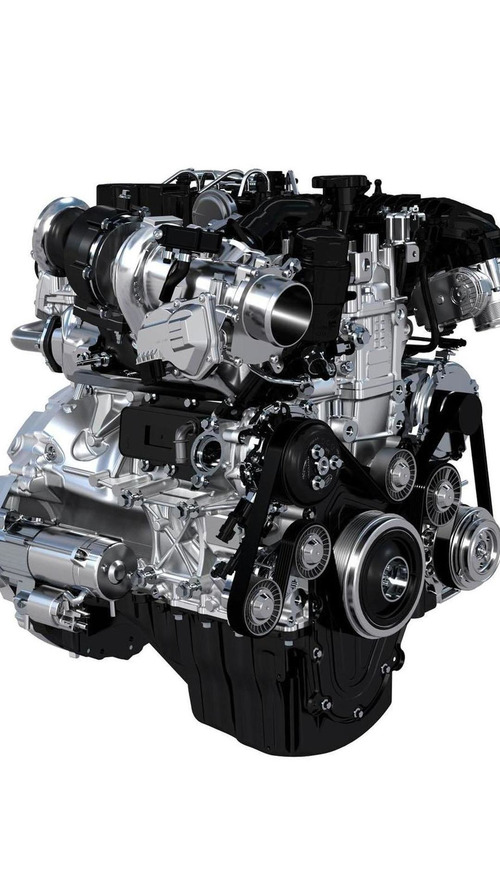 Jaguar Land Rover has released some new details about their Ingenium engines that will power a variety of models including the XE and Discovery Sport.

Jaguar Land Rover has released some new details about their Ingenium engines that will power a variety of models including the XE and Discovery Sport.

Designed to deliver class-leading levels of horsepower, torque and refinement, the Ingenium engines are modular and flexible enough to work with models with rear-, all- or four-wheel drive. The engines will also weigh as much as 80 kg (176 lbs) less than equivalent engines that are in use today.

The engine will consist of lightweight aluminum blocks which each share the same bore, stroke, cylinder spacing and 500cc cylinder capacity. This will enable the company to "quickly and efficiently" develop larger or smaller displacement engines to meet future regulatory and competitive requirements.

The Ingenium engines will be available in petrol and diesel guise and will all feature "state-of-the-art turbochargers that improve performance, particularly at low speeds, and that help reduce consumption and CO2 emissions."

The company's first Ingenium engine to go into mass production will be a turbocharged 2.0-liter diesel which is known as the AJ200D. The company declined to release specifications but confirmed the engine will be "one of the most efficient and responsive 2.0-liter turbodiesels in its segment."

While JLR was coy on specifics, they said the Ingenium engines have been subjected to the equivalent of eight years of testing including 72,000 hours on the dyno and 2 million miles (3.2 million km) on the road.