Infiniti QX30 to be sold globally, launch shortly after the Q30 - report 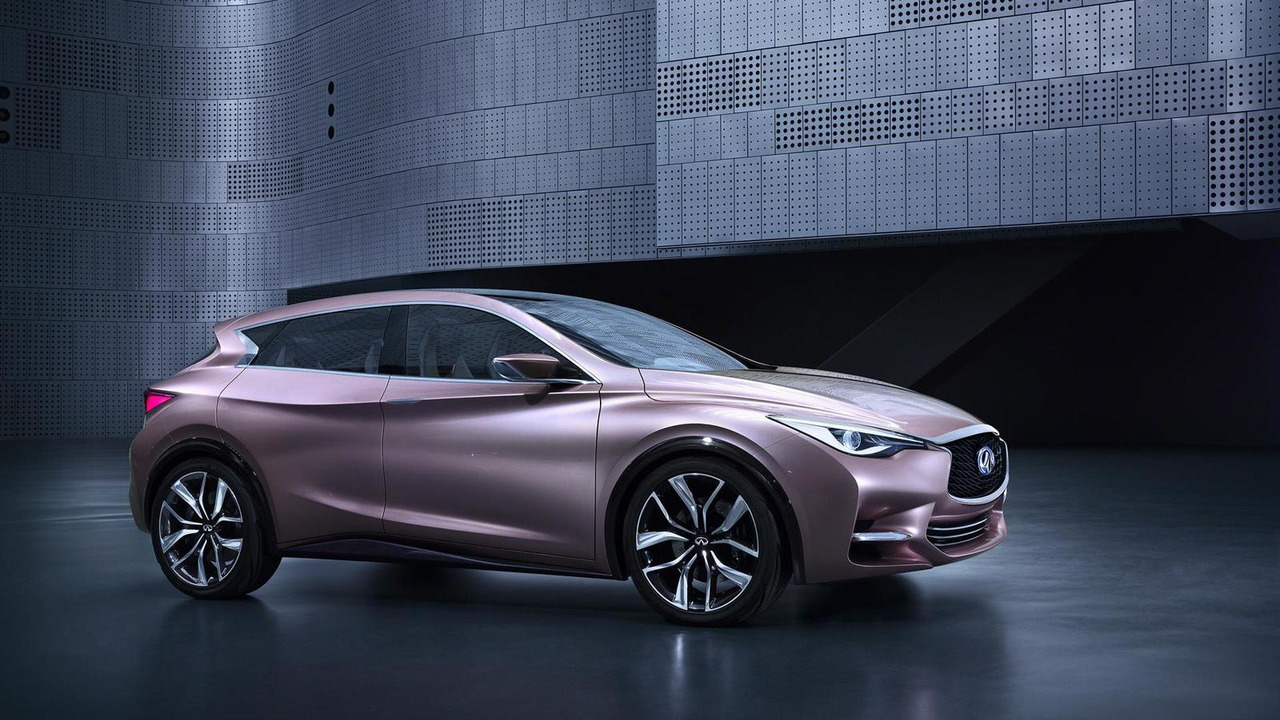 Set to be based on the Q30, the QX30 will be a crossover that will battle the Audi Q3, BMW X1 and Mercedes GLA. It will be sold globally and go into production shortly after the Q30 is launched in mid-2015.

Palmer also said the model will be priced competitively with the Audi Q3 and will be previewed by a concept at an upcoming auto show.

As we have previously reported, the Q30 and QX30 will be based on the Mercedes MFA platform that underpins the A-, B- and CLC-Class. The models are also expected to use a Mercedes-sourced turbocharged 2.0-liter four-cylinder engine that develops 211 bhp (157 kW) and 236 lb-ft (320 Nm) of torque.

Gallery: Infiniti QX30 to be sold globally, launch shortly after the Q30 - report