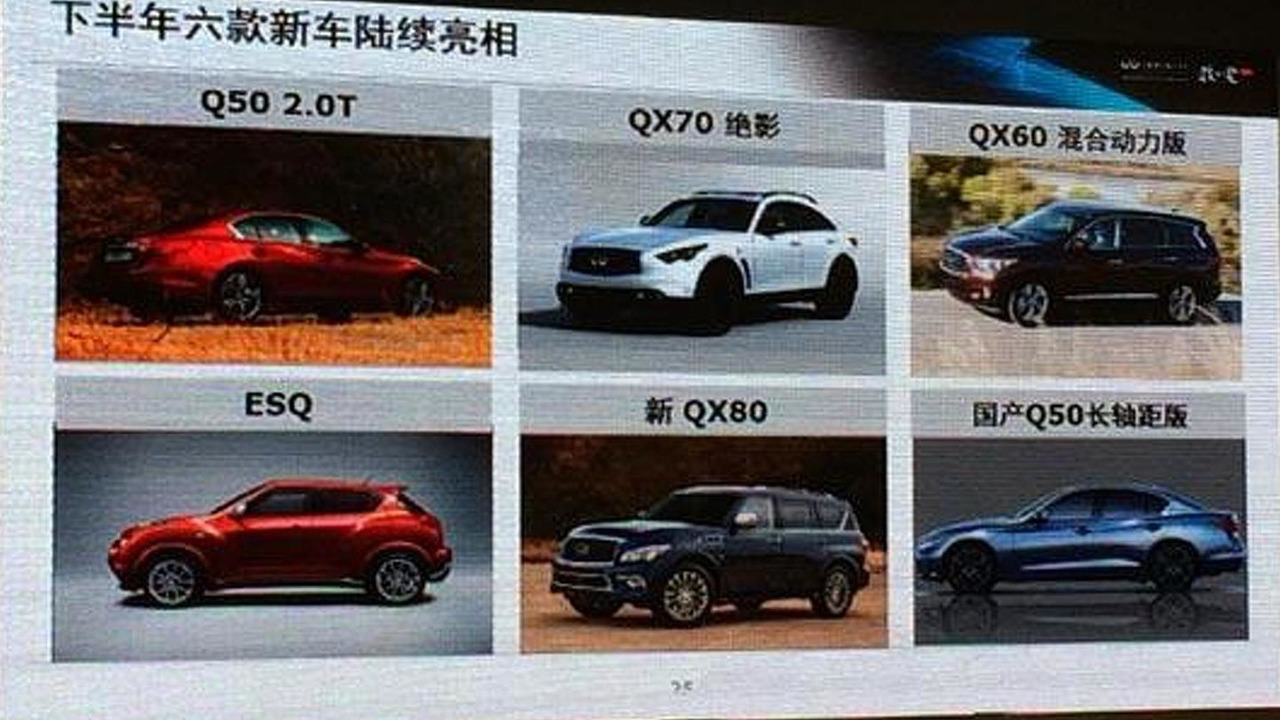 A couple of slideshows from a recent Infiniti presentation in China have emerged, showing the company's upcoming model launches.

A couple of slideshows from a recent Infiniti presentation in China have emerged, showing the company's upcoming model launches.

In the months to come, Nissan's premium brand will be quite busy launches a series of models starting with the Q50 2.0T, QX60 Hybrid and the QX70 Jueyin which could possibly be a hotter derivative. The facelifted QX80 and China-built Q50L are also on the list along with a rebadged Nissan Juke Nismo that will be sold with the ESQ nameplate. All these models will be launched in the second half of 2014 while sometime next year Infiniti will introduce the Q70L facelift as well as the locally-made QX50L.

Aside from introducing new models, Infiniti will also open up several "D-type" small dealerships in small cities across China as a method to boost sales even further as in the first half of the year sales went up by 130 percent compared to the same period of 2013. This huge sales boost allowed Infiniti increase its market share in China from 0.6 percent to 1.7 percent.

Special thanks go to WCF user pzxpjy for sending us the tip!