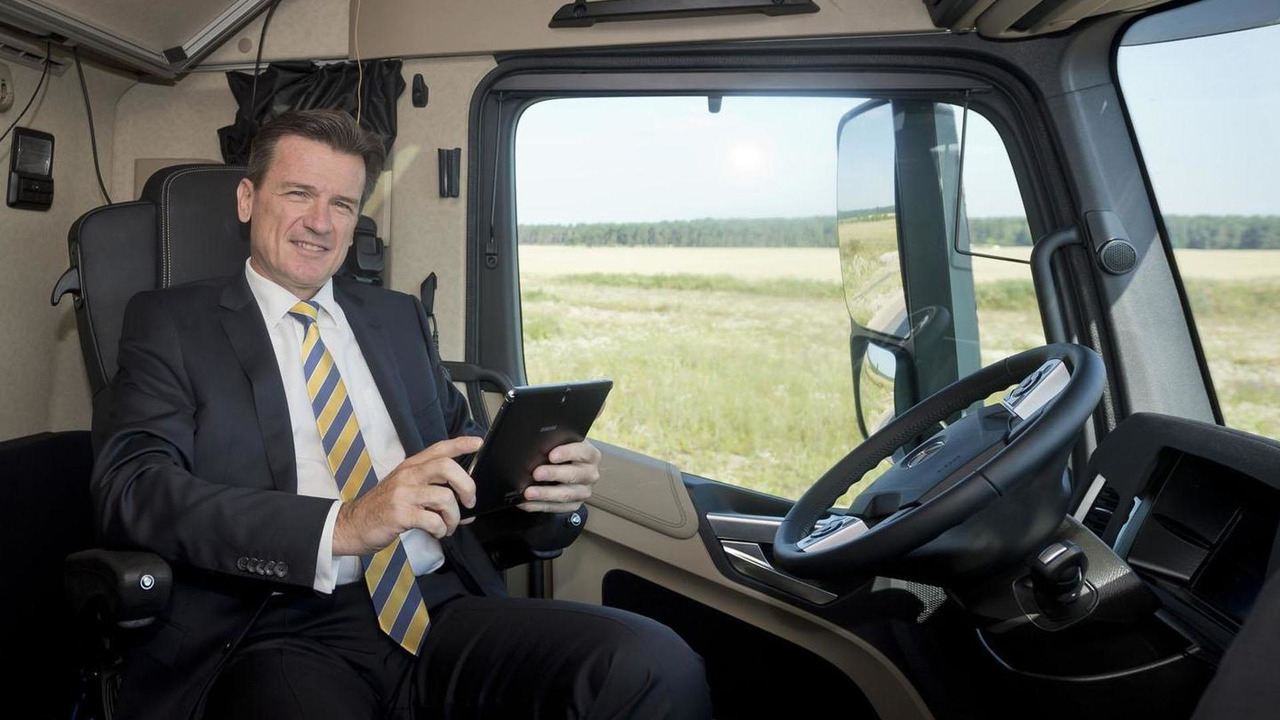 Mercedes has unveiled their autonomous Future Truck 2025 concept. It can drive itself at speeds up to 85 km/h (52.8 mph).

Described as the "truck of the future," the Future Truck 2025 has been equipped with an autonomous Highway Pilot assistance system which enables the truck to drive itself at speeds up to 85 km/h (52.8 mph). While that isn't exactly fast, the model has already completed real-world testing on the autobahn in "completely realistic driving situations."

Since freight transport volumes are expected to rise by about 20 percent in the European Union by 2025, Mercedes says there is a need to improve safety and efficiency by adopting autonomous driving technology. The company says this is increasingly important as "rising fuel prices, road tolls and more stringent environmental regulations are making the purchase and operation of trucks more expensive."

As a result, the truck is packed with technology including a Predictive Powertrain Control system that uses information about road topography and route characteristics to adjust the operation of the powertrain to maximize fuel efficiency. Mercedes also says the autonomous system will allow for optimal acceleration and braking which will improve traffic flow while reducing fuel consumption. Furthermore, the trucks can communicate with each other to travel more closely together and therefore take up less road space.

Mercedes go on to say drivers of autonomous trucks will have enough free time to handle tasks that were previously given to office workers.

According to Daimler Trucks and Buses boss Dr. Wolfgang Bernhard, “With the Future Truck 2025, Daimler Trucks is once again highlighting its pioneering role in innovative technologies and is opening up a new erain truck transport. We aim to be the number one manufacturer in this market of the future, which we believe will offer solid revenue and earnings potential."

Despite sounding upbeat, Mercedes acknowledged autonomous driving technology can't go mainstream until lawmakers set a proper legislative framework for driverless vehicles. If this were to happen soon, Mercedes says autonomous trucks could be "conceivable by the middle of the next decade."