That doesn’t rule out the possibility of a flagship V8, though.

The updated 2021 Ford F-150 Raptor is on the way, very likely bringing new technology and revised styling when it arrives later this year. But one thing won’t change: a standard EcoBoost high-output 3.5-liter V6. That’s according to a leaked dealer ordering guide, first appearing on the F150Gen14.com forum, which also included exterior colors for Ford’s flagship off-roader, as well as exterior colors, packages, and equipment levels for the 2021 F-150 Tremor.

Early rumors (or was that wishful thinking?) seemed to suggest that the 2021 Raptor would offer a V8 option, either the 5.0-liter Coyote mill from the standard F-150 or a version of the supercharged 5.2-liter V8 from the GT500. Of course, there’s no guarantee that one of those engines won’t show up later in the F-150 Raptor’s lifecycle, but for now, it looks like the high-output EcoBoost will be the only mill available.

That’s not the worst thing in the world, since the outgoing Raptor’s turbo V6 makes a healthy 450 horsepower (336 kilowatts) and 510 pound-feet (691 newton-meters). The EcoBoost also suffers from very little turbo lag, making the engine a great option for the Baja-ready F-150 Raptor. It doesn’t earn much respect from the “no replacement for displacement” crowd and it sounds like a 1970s vacuum cleaner on steroids, but otherwise, the EcoBoost is a pretty decent mate to the hottest F-150 variant. 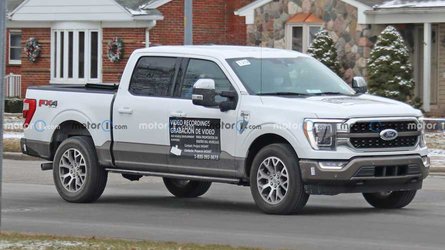 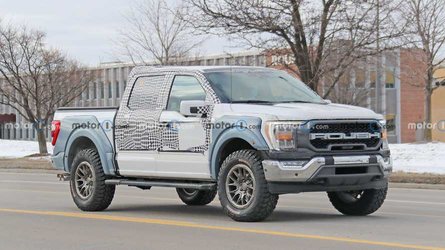 Of course, if Ford decides to offer an optional engine in the 2021 Raptor, they might omit a V8 and instead offer the PowerBoost hybrid. Mating the standard-output 3.5-liter EcoBoost V6 to an electric motor integrated with the 10-speed transmission, the PowerBoost produces a healthy 430 hp and 570 lb-ft (321 kW and 773 Nm) in the regular F-150, so a hybridized Raptor variant might make nearly 500 horses and 600 units of twist.

In addition to the engine news, the dealer guide betrays that the new Raptor will be available in eight colors: Code Orange, Rapid Red, Velocity Blue, Antimatter Blue, Iconic Silver, Lead Foot, Agate Black, and Oxford White. A twin-panel moonroof will be a $1,495 option, and 17-inch forged aluminum wheels will cost $1,895 (we presume cast-aluminum wheels are standard). We should learn more when the hot off-roader officially debuts on February 3.